Rethinking Our Path To National Development--Part 1 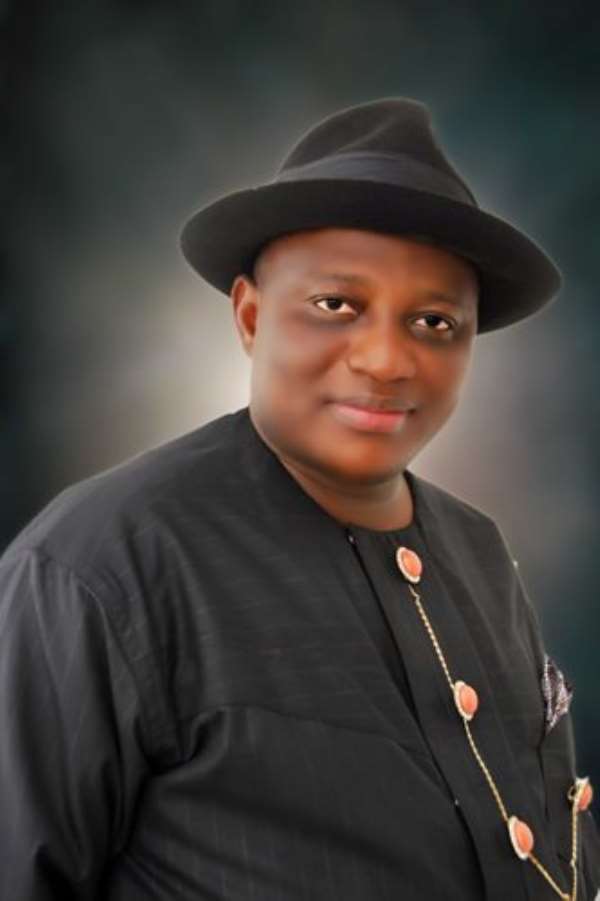 Nigeria will be 53 years old on October 1, 2013. The Nigerian nation has had a fair share of trials and tribulations. We started out as a happy people who got their independence on a platter of gold.

Many people would have thought that the effortless manner we secured our sovereignty could trigger a sense of unity, cohesion and national stability. Nobody had envisaged that Nigeria would traverse a very rough road punctuated by intrigues, instability, unrest intolerance and insurgency.

The Kaduna Nzeogwu led coup was a result of an uncertain Balewa led administration which thrived on ethnicity, sectionalism, economic opportunism, primordial sentiments, and religious bigotry. The Ironsi short-lived administration prepared a fertile ground for the fratricidal 30-month war the nation passed through, with profound repercussions on the political developments of Nigeria five decades down the line. These developments have put indelible scares on the body politic of the nation.

In all modesty, we cannot see the role of the military as entirely destructive. Their shoddy democratic and human rights credentials notwithstanding, they kept the integrity and unity of the nation intact. The low point of military rule is the fact that they stultified the growth and development of democratic institutions. The military also introduced free-for all looting in Nigeria's body politic and no one could question the Supreme Military Council, the Armed Forces Ruling Council or by whatever appellation they chose to label their supreme authority. Far more debilitating and traumatic is the thinking that the military ruled Nigeria for upwards of 38 years since 1960. This goes to show one lesson we have learnt. At independence, the political leadership was busy struggling to protect their parochial ethnic cleavages, political portfolios and empire building without given an ounce of thought to nation-building. One can understand why national unity and integration are very elusive.

The civilian administration, which followed during the Second Republic, was configured to fail. The Shagari administration introduced Austerity Measures to mitigate the pangs of pains inflicted on the citizens by the military. Because of the porous political framework and weak institutions, the reforms initiated by the administration did not work. The Military came knocking again barely 4 years of civilian democratic rule. One intriguing phenomenon is that the Military elite in Nigeria, bereft of ideology as it were, seem more determined and dogged in assaulting democracy. For Example General Muhammadu Buhari seized power from a democratically elected government and introduced so many obnoxious decrees. He was indeed a malevolent dictator

The fourth Estate of the Realm fell heavily under his draconian rule. He muzzled freedom of expression, and the press. From Dec. 31, 1983 when the military returned to power till the Buhari Idiagbon regime, most of the anti-press laws were churned out. Some of them deserve a mention here. There was the Constitution (Suspension and Modification) Decree No, 1 1984; the State security (detension of Persons) Decree 2, 1984 public officers (protection against false accusation) Decree No 4 1984; and the Federal Military Government (Supremacy and Enforcement of Powers Decree No 13, 1984. This trend continued till the time of maximum ruler - Late General Sani Abacha.

The Buhari regime promulgated the (Public Protection Against False Accusation) Decree No 4 of 1984. Under this law, Tunde Thompson and Nduka Irabor were jailed for one year and the Guardian fined N50,00 on July 4, 1984. In October 17, 1989 Dele Giwa was invited by the State security service and accused him of gun running.

Two days after, Dele Giwa was killed by parcel bomb. As if that was not enough, in April 1984, the News watch Magazine was proscribed for reporting the decision of the Cookey led political Bureau. Decree No 6 of 1987 was later promulgated to lift the earlier proscription. It is ludicrous, nay absurd that such a man is jostling to provide political leadership wearing the garb of civility and chanting the mantra of democracy.

Senator Ahmed Bola Tinubu is an economic opportunist whose only sworn affidavit is self-aggrandisement and empire building. He hopes to achieve that by fraternizing with past military leader who control a huge chunk of the oil blocks belonging to the people of the Niger Delta. People of such character can only mortgage the destiny of the children.