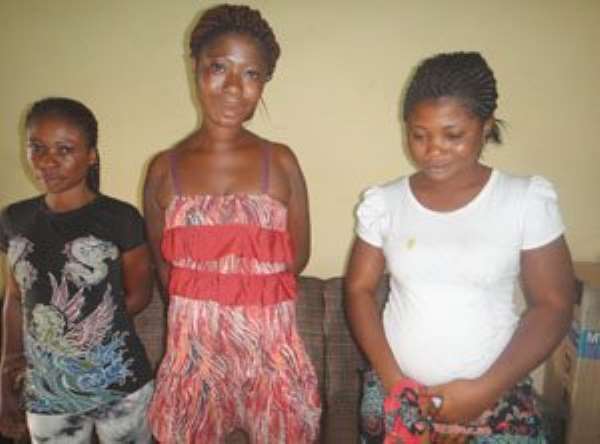 A total of GH¢9, 900 suspected to be fake currency notes were found on the suspects upon arrest.

Suspects are currently in the custody of the Nsawam District Police Command, awaiting trial.

The three ladies who are residents of Tantra Hill in Accra came to the Nsawam Central Market to trade.

Suspects were seen using the money to buy items and receiving change as well.

Suspecting the money to be fake ones, police immediately grabbed them for questioning.

A search on then revealed an amount of GH¢990 of the fake currency notes were found on the three.

Upon interrogation, suspects said the money was given to them by a certain gentleman to exchange with the original currency for a fee.

Superintendent Kankam -Boadu urged traders and market women to be alert and expose those using such fake currencies to trade in the markets to the police.

Meanwhile, suspects revealed to the paper that their recruiter urged them to buy items with it for the original currency.

BoG, IGP clash over attack on bullion vans
14 minutes ago