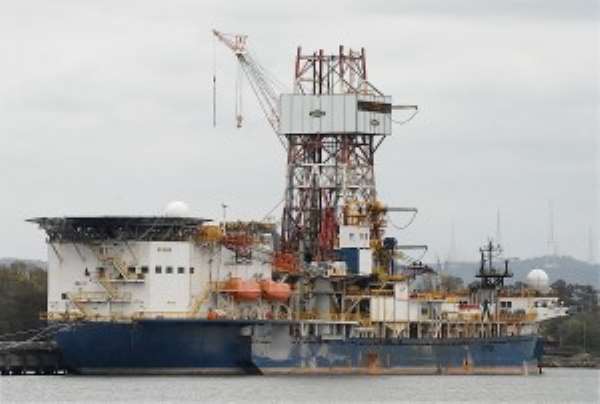 The Managing Director of SG-GH, formerly of SG-SSB Gilbert Hie, has bluntly told the Judgment Debt Commission that documents relating to the deviatory transaction, and the subsequent payment of a judgment debt by of $19.5 miilion by the Ghana Nzational Petroleum Corporation (GNPC) could not be traced in Paris.

He told the Commission that until he was subpoenaed to appear this whole case about transaction and judgment was news, and that the only knowledge he had about this case was what he read from the various newspapers.

However, a search through their files in Ghana could not locate any document relating to the issue, and information received from Paris indicated that all the files in their mother company's archives had been destroyed, in accordance with certain laws in Paris.

Mr. Hie disclosed to the Commission that 'in Paris records are disposed of after every 10 years,' and since this case happened over 10 years, all the records relating to it have been destroyed. He revealed to the Justice Appau-led Commission that until the year 2003, there was no SG-GH and SG had no office in Ghana.

Again, this transaction took place when SG had not taken over the SSB Bank, so he being the MD of SG-SSB, had no clue about the deal.

The Lead Counsel for the Commission, Dometi Kofi Sopkor, was amazed at the revelation by the MD as to how vital documents as such could be easily destroyed, and why documents are usually destroyed after 10 years in Paris.

He said: 'It was surprising that people that we sometimes learn from, such as France could destroy essential documents after 10 years, while, in Ghana, documents [are] sent to the National Archives after that number of years,' he noted.

In similar developments, two directors of the ministries of Foreign Affairs and Works and Housing, Ms. Jane Gasu and Eric Osei Afriyie respectively, appeared before the Commission.

The Deputy Director Legal at the Foreign Affairs was subpoenaed in respect of a certain judgment debt paid to one James Manu, who used to work at the Accounts Department of the Ghana High Commission in London.

James Manu, after working with the High Commission for 25 years and retired in March 1999 voluntarily, however, was not satisfied with the retirement benefit in the sum of £10,463.17.

He sued the ministries in 2006 to claim a judgment debt of over ¢600 million, which the Attorney General's Department did not contest in court.

According to Jane Gasu, the A-G's office could not produce any information in respect of the case, and prayed to Commission to be given some time in order to produce the relevant documents.

The Sole Commissioner, Justice Yaw Appau, said in his remarks that it was worrying how nobody cared about the state. Meanwhile, these same people, who do not care, always cry for increments in salaries.

He said: 'This became possible because [the] AG did not defend this suit in court.'

The Director of Internal Audit at the Ministry of Works and Housing could not supply the Commission with documents in respect of transaction between his outfit and African Automobile Limited.

He said the defunct Technical Services Centre, which was in charge of the transaction in the 1990s, did not leave any information behind, but that he would need some time to be able to search through their files for the relevant documents.