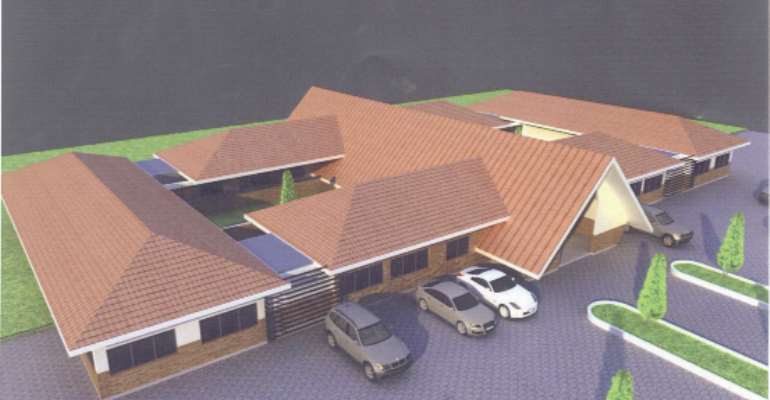 Prototype offices for the forty-six newly created municipal and district assemblies was unveiled in Accra yesterday.

Speaking at the unveiling ceremony, the Minister of Local Government and Rural Development, Mr Akwasi Oppong-Fosu, said work would soon start after painstaking discussions between the designers of the project and representatives of the assemblies had been held.

The discussions, he said would, among other things, consider the inputs of the assemblies in terms of planning and designing before the implementation was finalised.

Consequently, a 10-member committee made up of DCEs, coordinating directors and planning officers had been integrated into the designing plan to put some insight into the proposal.

Mr Oppong-Fosu said government had secured funds for  the project, adding that work would begin immediately the discussions ended.

He said other private entities had extended proposals to the ministry to commit resources to road networks, markets and other infrastructure in the districts.

For his part, a Senior Presidential Advisor and Chairman of the National Development Planning Commission, Mr Paul Victor Obeng, who chaired the occasion said the districts would be a true representation of the decentralisation mechanism which sought to draw the people more closer to the government.

He asked the beneficiaries to use the structures for the purposes for which it would be put up to promote its longevity.