I have left ECG in a good state - Allotey Jacobs 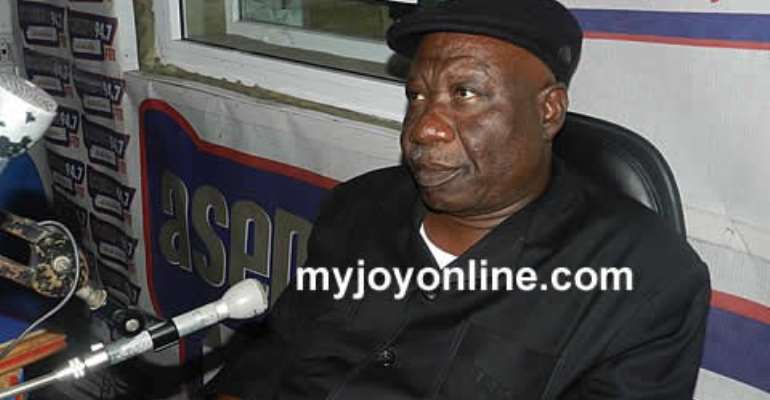 I have left ECG in a good state - the results of a self-assessment by Bernard Allotey Jacobs, a member of the governing National Democratic Congress, after his position as a Board member of the Electricity Company of Ghana comes to an end.

Allotey Jacobs the NDC's Central Regional Director of Communications and the Chief Executive of Jol Company Limited, a construction firm believes the results of his work as a Board member is self-evident. "You go there and they will tell you", he said.

His assessment comes after the President acting in consultation with the Council of State, reconstituted some boards of public corporations such as the Divestiture Implementation Committee (DIC), the Ghana Airports Company Limited (GACL) and the Electricity Company of Ghana (ECG).

The NDC man's membership along with several others was affected in the latest changes. Allotey Jacobs was appointed to the Board in 2008 by the late President John Evans Atta Mills and has served for five years on the Board.

Speaking on his review on Adom TV's Badwam he said "I tell you, you go there and they will tell you what one-man Allotey Jacobs has done".

He philosophised that it does not take a technical mind to build an organisation such as the power distribution company but common men like him can make basic contributions to improve the company.

He conceded that the company has gone through troubling times yet as he reflects on the fortunes of the company, it is in a good state. "I have done my basics, I have contributed my quota to mother Ghana", he assessed.

After all is said and done, Allotey Jacobs said he is proud to have been a Board member of ECG.

Board members of the company stirred public outrage after it was revealed that the board, led by Dr Kwabena Osafo, were paid huge sums of money as sitting allowances between January and November 2011.

According to the report, the three top earners Kwabena Adjei Bambaata, (GH¢77,237), Stephen Sumani Nayina (GH¢71,719), and Bernard Allotey Jacobs (GH¢68,836) ,were able to earn that much because they live outside Accra for which reason their transport and accommodation fees were factored into the payments.