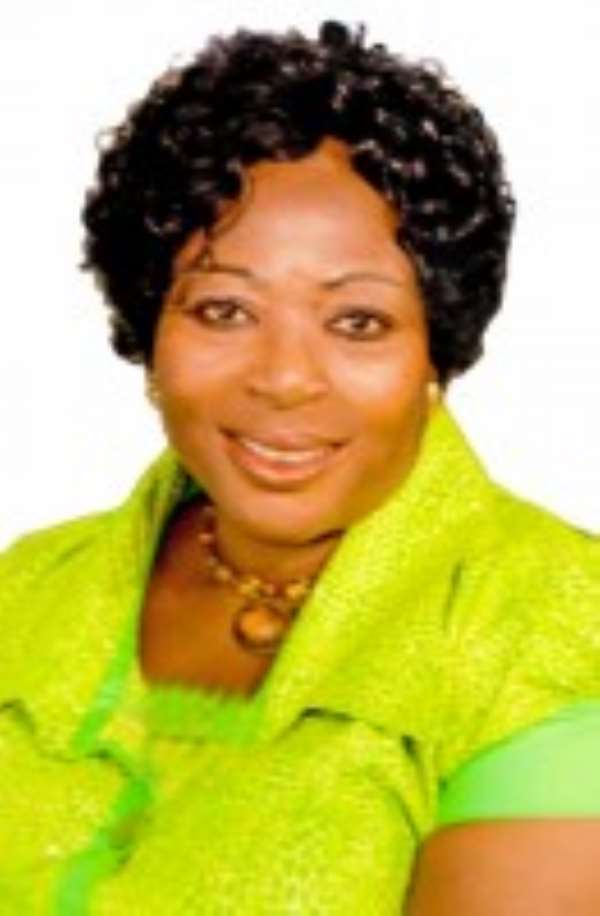 Ghana's quest to protect the ozone layer from the nefarious activities of man has given a major boost following announcement that the country would soon set up ozone friendly refrigerators assembling plant.

To this end, the Deputy Minister of Environment, Science, Technology and Innovation, Dr Bernice Heloo said 'The Government of Ghana and importers of refrigerators are putting a business plan for the establishment of the assembling plant'.

Although she did not disclose the exact year for the setting up of the plant, sources close to the deal say the plant would be located in Accra by the close of next year. After that, some of plants will be set up in other regions of the country.

Dr. Heloo explained to journalists in Accra yesterday, whiles marking the World Ozone Day that the assembling plants would be established under the country's Public Private Partnership (PPP) strategy.

These assembling plants, when set up, will provide jobs for the teeming youth in the country, according to the Deputy Minister.

Touching on the current ozone friendly project, which provides new refrigerators to consumers who return their old refrigerating appliances, Dr. Heloo noted that a number of old refrigerators have been collected since the launch of the project early this year. These old refrigerators would be dismantled and sent back to their manufacturing countries, she stressed.

Furthermore, Dr. Heloo mentioned the training of technicians and engineers, including recovery and recycling of refrigerants, financial incentive packages to enable owners of Chlorofluorocarbon (CFC) based cold storage facilities to convert to ozone friendly alternatives as some of the programmes and activities implemented to phase out ozone depletion substances (ODSs) in Ghana.

A Deputy Director of the Environmental Protection Agency (EPA), Mr. Emmanuel Osae Quansah was quick to say that his outfit had trained officials of the Customs Division of the Ghana Revenue Authority (GRA) at the airport on how to analysise new fridges before their entry into the country.

The Executive Director of EPA, Mr. Daniel Amlalo, whose speech was read for him, noted that the Multilateral Fund (MLF) for the implementation of the Montreal Protocol had assisted developing including Ghana to permanently phase-out over 270,000 tonnes ODSs.

These ODSs had used to produce various products and have eliminated all the production of CFCs and halons in excess of 240,000 tonnes, he stated.

According to Mr. Amlalo, global observations have varied that atmospheric and stratospheric level of key ozone depleting substances are going down, and believed that with full implementation of all the provisions of the Protocol, the ozone layer should return to pre-1980 levels by the middle of the century (2050).

Instructively, the World Ozone Day or International Day for the Preservation of the Ozone Layer is celebrated on the 16 th of September every year by governments and agencies globally.

This date was chosen for the celebration of World Ozone Day because the Montreal Protocol was signed on that day in 1987 by many countries including Ghana, that were apprehensive about the depletion of the Ozone Layer.

World Ozone Day provides an opportunity for individuals worldwide to reflect on the progress that has been made with regards to the protection of the ozone layer, and it serves as a reminder to decision-makers and the general public, of the need to protect this valuable shield that safeguards the earth and in the long-run, our lives.

The global theme for this year's celebration is: 'A healthy atmosphere, the future we want'. In commemoration of World Ozone Day, the Environmental Protection Agency (EPA) -Ghana has adopted the same theme in line with International observation.

As part of its celebration of World Ozone Day 2013, EPA will be undertaking initiatives throughout the month of September to 1 st week December 2013, including the launch of ' GIJ Goes Green' on the campus of Ghana Institute of Journalism (GIJ) by the Federation of Environmental Journalists (FEJ) on 24 th September 2013; and discussions with various Women's Groups at EPA Training School, Amasaman, Accra.