In Ghana we pay people to talk not think - Majority Leader 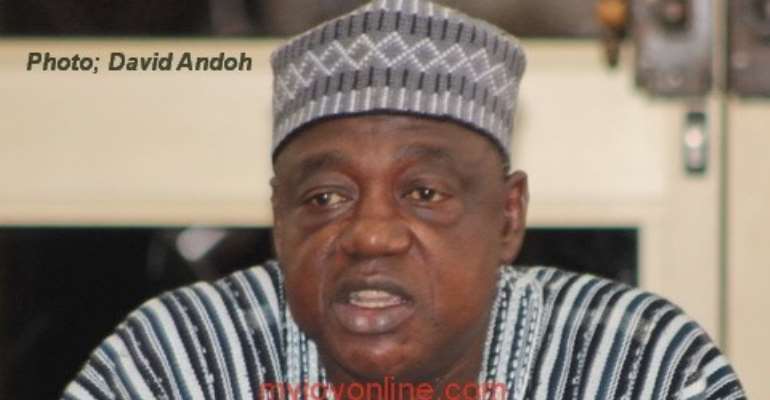 Instead, he said large numbers of people were paid talk and hurl insults and invectives at each in the media.

Speaking to Joy News' Parliamentary Correspondent Elton John Brobbey, the Member of Parliament for the Nandom constituency in the Upper West Region warned that, "If we do not change and look for think tanks, to think through our problems as early warning systems, every problem known and solved in some countries will always come to us as a new problem".

He was saddened by the fact that while Ghanaians were making lives better for people in other countries, the nation rather strangely, "glorifies those who can insult each other on the radio".

Dr. Kunbuor, who is also a former Attorney-General and Minister of Justice bemoaned the practice where politicians were bending the rules to get their cronies promoted in organisations to serve their selfish interests.

"Who can climb the ropes in Ghana today fairly? he asked, expressing regret that "politicians are now involved in academic decisions as in who gets admitted into academic institutions."

"One day when you are travelling and you get an accident and you are sent to the nearest health centre and the only person to decide whether you'll die or not, is a protocol list who went to nursing training college with FFF, that is when you'll get to know that protocol doesn't work anywhere and why the politician must not be taking decision on such matters," the former Deputy Health Minister said.

He said he became unpopular because he refused to use his position to influence the process to get admission for persons who were not qualified to enter certain educational institutions.