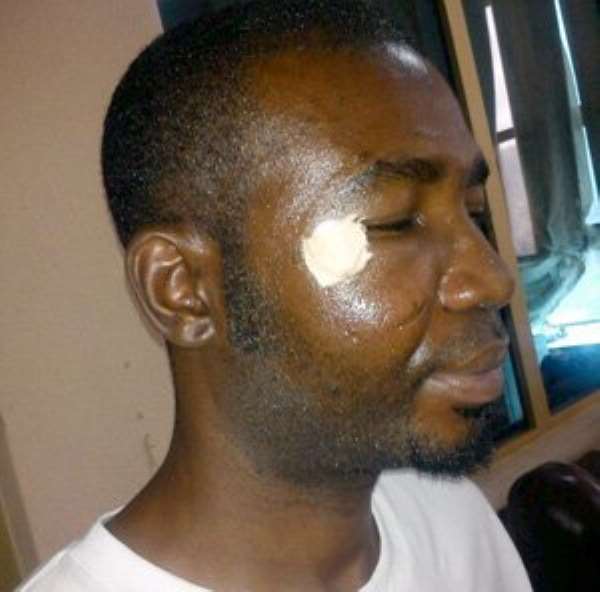 They received the frightening messages on their individual mobile phones on Sunday evening, and the management of the station had since reported the matter to the police to investigate.

What influenced the hidden faces to send the dangerous messages to the Kessben FM staff was not immediately known as no arrest had been carried out by the police, so far.

However, if the content of the messages are anything to go by, then the senders were peeved about Kessben FM's decision to review a false story that Otumfuo paid bribes to the Supreme Court justices to rule the election petition in favour of President Mahama, on their airwaves.

They were also not comfortable about Kessben FM's award winning programme dubbed the 'Breaking News,' co-hosted by Ali Baba and Confidence, where hidden mind-blowing political and social issues are brought to light and discussed.

Confidence K. Baah was the first to receive the message on his mobile phone and it reads 'Your breaking news will break the death of you people. You think you can joke with Otumfuo. It's just a matter of time.' It was sent at 7:47 pm via mobile number +2335466572.

Next to receive the dangerous message on his phone was Omanhene Yaw Adu Boakye and it reads 'The programme on your fm breaking news is good. The next news will be the murder of the 3 of u.'

'Do u remember the killing of a journalist in Kumasi some years back? Get ready. We will get you at dawn or noon. You can say u don't care but trust us. It's just a matter of time.'

Omanhene's message was sent to his mobile phone through mobile phone number +233266264462 at exactly 7:49pm on Sunday barely two minutes after Confidence K. Baah had received his message.

The same number also sent this threatening message which reads 'You people think you can joke with Otumfuo. It's just a matter of time. Do you remember the death of some journalists. Call it a bluff,' to Ali Baba at 8:04 pm on Sunday.

Confirming the report to DAILY GUIDE, Confidence K. Baah said Kessben FM was not taking the life-threatening messages lightly, disclosing that the issue had been reported to the police to investigate.

Kessben FM was recently attacked by some muscularly-built men who mercilessly pummeled Oduro Kwarteng, a staff of the station. That attack was linked with the stations decision to review a false story about Otumfuo on their airwaves.

But Confidence K. Baah told DAILY GUIDE that he was cock sure that the Asantehene had no hand in the attack of the station by some goons and the death threat messages that he and his colleagues had received on their phones.

'We are non-entities before the Asantehene, so the Asante King would never order thugs to threaten our lives,' he said, adding that some people were hiding behind the Otumfuo false story to unleash mayhem at the Kessben staff.

Considering that an Ashanti Regional GJA Chairman, Samuel Ennin, was murdered by some goons in the past, Confidence said his station was not treating the death threats with kid's glove.

He described the threats on their lives as very dangerous and unfortunate, appealing to National Security and other security agencies to investigate the matter to help bring the senders of the messages to book.