Increase Of Internet Usage In Ghana And Its Implications 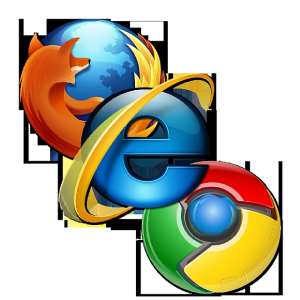 Internet users are referred to as people with access to the worldwide network. The internet today is a tool used by both businesses as well as individuals to stay connected, share information, collect data, update customers on changes in products and services and so much more.

It was just a little over a decade ago when the internet became a sensation and ever since then, the world has come to depend on the internet for more than just a convergence of information communication and technology but also a tool that allows especially businesses to gain a competitive advantage over their competitors and everyday users, the chance to stay connected with loved ones, gather data, share information, upload and download files etc.

Ghanaians, before the invention and introduction of the internet encountered an entirely different experience when it came to participating in certain social and economic activities. With regards to areas such as entertainment, education, personal financing, keeping in touch with current events, product information gathering, purchasing of goods, communicating with others and even making plans when it came to travel-related activities, Ghanaians made due without having to depend on the internet.

The days without internet and the creative ways in which Ghanaians use to experience life has slowly become a thing of the past; making way for a generation of Ghanaians who may never be able to comprehend the value, importance and the impact that the internet has had on our lives. The appreciation some of us, who experienced life prior to the introduction of the internet have for its uses as well as the sense of ease and convenience it has provided can never be described to those who were born in the age of increased internet usage.

The internet has utterly redefined the meaning of entertainment as we know it in Ghana. Gone are the days when children in the same neighbourhood use to meet up outside and engage in some sort of physical activity. Now, with the increase in the usage of the internet, it is near impossible to see a group of children playing outdoors. Being entertained today means engaging oneself in some sort of virtual activity such as music and video streaming, computer games, chatting on social networking, etc, all in the comfort of one's home. The entire outside experience has now being moulded and placed in the hands of many Ghanaians.

Ghanaian parents are willing and ready today to pay extra for their children to receive an education at a school equipped with state of the art computers and access to the internet. The last place anyone thought the internet would end up was the classroom. When the internet was first introduced in Ghana, its usage was limited to government agencies, large business and a few rich families who could afford it. In classrooms today, especially in the universities, tertiary institutions and private schools, you do not just find a room occupied by a teacher, blackboard, chalk, tables, chairs and textbooks but also a room equipped with a computer and most probably access to the internet. Learning platforms such as online educational videos, virtual classrooms, webcasting and an array of access to research, all compiled on the internet provides convenience for both students and lecturers and this, in its own way, has reinvented the way Ghanaians view education.

When some were busy hiding their well-earned cash in trucks, barrels and boxes, others took a more drastic approach of making space between their mattresses to keep their money safe. Even when people started trusting in and eventually started depositing money at their locals banks, there was still the issue of having to stand in long queues, being served by inexperienced staff, having to deal with a bank with obsolete processes and equipment's. Slowly but surely, banks in Ghana have begun to replace certain traditional banking activities with new and advanced methods of financial transactions and with the help of the internet, are now equipped with resources that can be used to help their customers track financial trends, electronically transfer funds, search for relevant information on other financial transactions such as interest rates and personal banking information, trading and other financial banking activities that wouldn't have been possible a decade ago.

Ghanaians had the limited option of watching television, buying a magazine or newspaper, listening to the radio or engaging in local gossip just to keep informed about current affairs. Most Ghanaians now have the added option of keeping updated on current affairs through the use of the internet which has provided unlimited access to current issues ranging from both local and foreign news, sports, whether, etc, all of which can be accessed in real time.

Making travelling plans for anyone, not just Ghanaians, can be nerve-racking, and for a very long time, before the introduction of the internet, travelling arrangements involved making an appearance, in person at either an airline counter or a bus station service counter. Even for people who made use of travelling agencies, there was still the need to make an appearance in person. With airlines in Ghana now providing online services, travellers can now book, make payments, confirm, check in and even cancel flights without having to make an appearance. Bus companies such as intercity STC are also making an effort in making available online, nationwide bus schedule time as well as providing online services which allows travellers to order tickets via the internet.

Research conducted on the growth and usage of internet in Ghana shows that 40.6% of Ghanaians depend on the internet as a means of gathering information on products and services. Before making a purchase, Ghanaians can now, through the use of search engines, company websites and social networks, gather relevant information about products without having to set foot into a shop; a welcome concept into a very new online-dependent environment.

Online purchase is one of the most convenient methods of making a purchase and its introduction couldn't have come at a better time. The concept is new in Ghana but catching up very fast as more and more people, especially working mothers can now, with a click of a button, make purchases. With examples of online shopping websites such as CediShop, MyEbayGhana, Sellgh and many others, Ghanaians are now provided with a different form of shopping experience.

Ghanaian's just like many people with access to the internet just can't seem to get enough of social networks platforms such as Facebook, Whatsapp, Viber, Chat-on, BB, Line, Instagram, Twitter and so many others. Study on the growth and usage of internet in Ghana also shows that 33% of Ghanaians make use of online communication always, 25% made use of it frequently, with 30% using it occasionally. It just goes to suggest just how much communicating online has become part of the Ghanaian socio-cultural environment. The majority of internet users get a chance stay in touch with classmates and friends they would have lost touch with, if not for the increase in internet usage in Ghana.

There is increase in internet usage in Ghana and this seems to be increasing each year, however, more can be done to enhance its growth. According to a study by Ookla Ghana was ranked number one African country with the highest speed and 72nd in the world ranking with an average speed of 5.13 megabits per second ahead of Kenya in 2nd place and South Africa in 6th place in Africa.

The country that came first, Lithuania, did so with 31.67 megabits per second speed, followed by South Korea with 30.59 megabits per second and Latvia in third with 27.42, a lot can be accomplished by Ghana's ICT industry by incorporating what these countries are doing in terms of internet usage. Lithuania as an example, according to a study by Internet World stats had an estimated population of 2,293,508 of its total 3,535,761 using the internet in 2012, which means more than half the population are internet users in the country.