Ghana's NHIS is a model for Africa - Sylvester Mensah 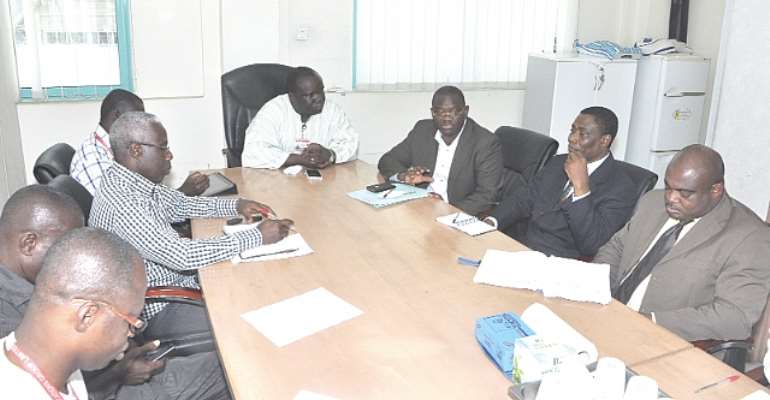 Mr Mensah made the statement when he called on the Managing Director of the Graphic Communications Group Limited (GCGL), Mr Kenneth Ashigbey, and interacted with some senior editorial staff of the group in Accra yesterday.

The call was to formally invite the GCGL to the authority's 10th anniversary commemoration and also seek partnership that would inure to the mutual benefit of the two establishments.

While admitting that the NHIA was not a repository of knowledge, Mr Mensah expressed concern that some accusations levelled against the authority were by people who were aligned and attacked when they did not have to.

Operations Reviewed
Mr Mensah said the authority had reviewed its operations in the last couple of years to rectify some of the challenges it had encountered with the NHIS.

One-time Premium Scrapped
Answering a question on the supposed one-time payment premium for health insurance, he stated emphatically, 'The one-time premium is history,' explaining that the decision was arrived at during a stakeholders' forum organised by the government late last year.

Innovations Introduced
Mr Mensah said to tackle the problem of delays and non-issuance of ID cards, the NHIA had begun a pilot programme of instant issuance of cards after biometric registration.

He mentioned one big challenge facing the implementation of the scheme as its 'very huge and generous' benefit package, with whose sustainability the NHIA had been saddled.

He was, however, very optimistic that as the issue was currently before the Cabinet, it would be addressed before the year ended.

Stating that any weak link in the health insurance system undermined everything else, Mr Mensah urged the media to assist in educating the people on the scheme.

10th Anniversary Commemoration
He outlined activities for the commemoration of the scheme's 10th anniversary, which will be on the main theme: 'Towards Universal Health Coverage' and the sub-theme: 'Increasing Enrolment and Ensuring Sustainability' as two lectures, with the first to be held on September 26, 2013 and an international forum from November 4 to November 6, 2013 in Accra.

Mr Ashigbey congratulated the NHIA and pledged that the GCGL would look at how best to partner the NHIA in its commemoration.