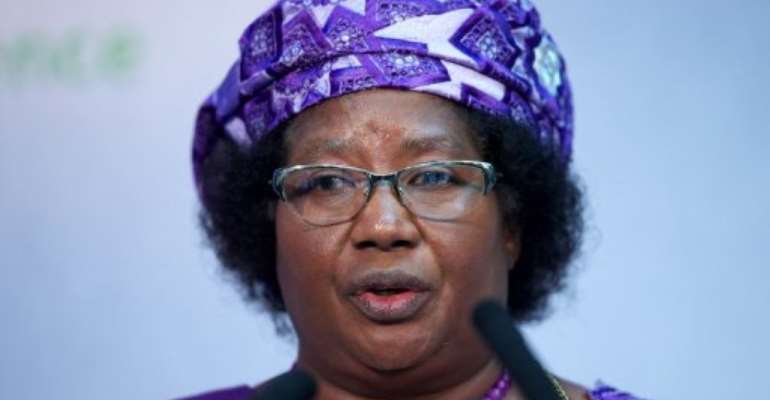 BLANTYRE, Malawi (AFP) - Malawi's president on Monday held emergency talks with security chiefs after the shooting of a top treasury official who was poised to unveil a network of corruption, an official said.

Paul Mphwiyo, director of the budget in the finance ministry, is battling for his life in a South African hospital after he was shot and seriously wounded Friday night by an unidentified gunman.

The shooting took place outside his house in the administrative capital of Lilongwe.

"The president wanted to be briefed on the security situation regarding the shooting incident," Tusekele Mwanyongo, press officer for the presidency, told AFP.

The government said the shooting was not what had appeared to be a robbery gone wrong, but an attempt on Mphwiyo's life.

The shooting was "a planned and targeted attack aimed at silencing him and the government in the fight against high levels of corruption and fraud," the presidency said in a statement at the weekend.

Banda, who appointed Mphwiyo, 37, in July as the budget chief, told state radio that he was on the verge of busting a corruption ring.

"Whoever stole money meant for purchasing medicine and the construction of school blocks will be caught despite the incident," vowed Banda.

Mphwiyo was credited with overhauling a public finance system that had previously been full of loopholes, allowing fraud to go unchecked.

Treasury sources, who did not want to be identified, said Mphwiyo had cancelled dubious government contracts.

He is reported to have confided in his work colleagues that he had received death threats from anonymous callers.

It is estimated that as much as one-third of the impoverished country's revenue is lost to fraud and graft-linked payouts.