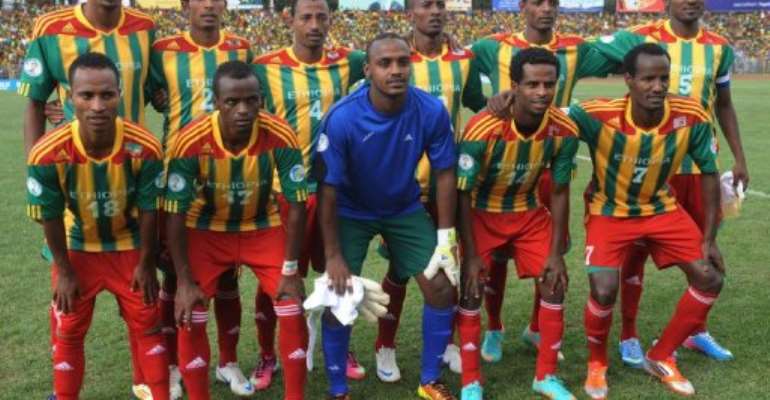 The two-leg showdowns are set for October and November and the winners qualify for the World Cup in Brazil next June and July.

Ethiopia were the only side to upset the seeding in the mini-league previous stage, finishing two points ahead of top-ranked South Africa.

But they will face much tougher opponents in Nigeria, who beat Ethiopia 2-0 en route to winning the Africa Cup of Nations in South Africa last February.

While the 'Super Eagles' use a mix of local and Europe-based stars, the bulk of the 'Walias Antelopes' squad is home based.

Didier Drogba-captained Ivory Coast will draw comfort from their dominance of Senegal in a 2013 Cup of Nations qualifier.

The 'Elephants' won 4-2 in Abidjan and were two goals ahead in Dakar when crowd violence forced the game to be abandoned during the second half.

The west African derby pits French coaches Sabri Lamouchi of Ivory Coast and Alain Giresse of Senegal against each other.

Egypt edged Ghana 1-0 when they clashed in the 2010 Cup of Nations final with Mohamed 'Geddo' Nagy snatching a late winner.

A major handicap for Egypt has been the lack of crowd support with home games played behind closed doors or in front of tiny crowds due to security concerns.

Tunisia must find a coach before hosting Cameroon as Nabil Maaloul quit after a home loss to Cape Verde Islands last weekend.

The Cape Verdeans were later disqualified for fielding a suspended defender, allowing Tunisia back into the competition.

Burkina Faso are among the most improved African sides and hope to build on a shock 2013 Cup of Nations final appearance by overcoming Algeria.