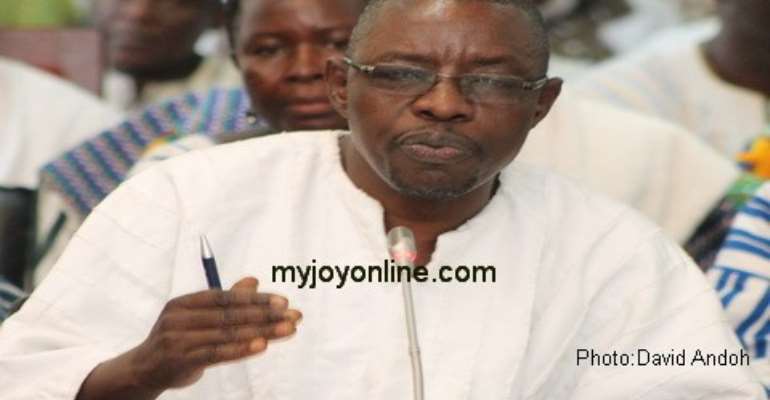 Upper West Regional Minister, Dr. Ephraim Avea-Nsoh, has lauded staff of the Nandom District Assembly for their efforts at solving the problems facing the the district.

He made the comments during a visit to the district as part of plans to get closer to the people in the region and also monitor its growth.

“The vision is to ensure that we have direct contact with the people and the only way to do that is to continue monitoring”, he added.

While admitting the need for a bigger structure to house the Assembly's operations, the Minister however acknowledged the progress made so far.

Dr. Nsoh also used the opportunity to inspect developmental projects in the district such as a Dormitory Block, Computer Laboratory and a fence wall at the Nandom Senior High School.

A 4-unit Staff Quarters at Goziiri, a principal's bungalow, as well as a 4-unit Hostel block for the Nandom Midwifery Training School. The projects were estimated at GHC 200,000.