We Work With Governments In Power—Men Of God 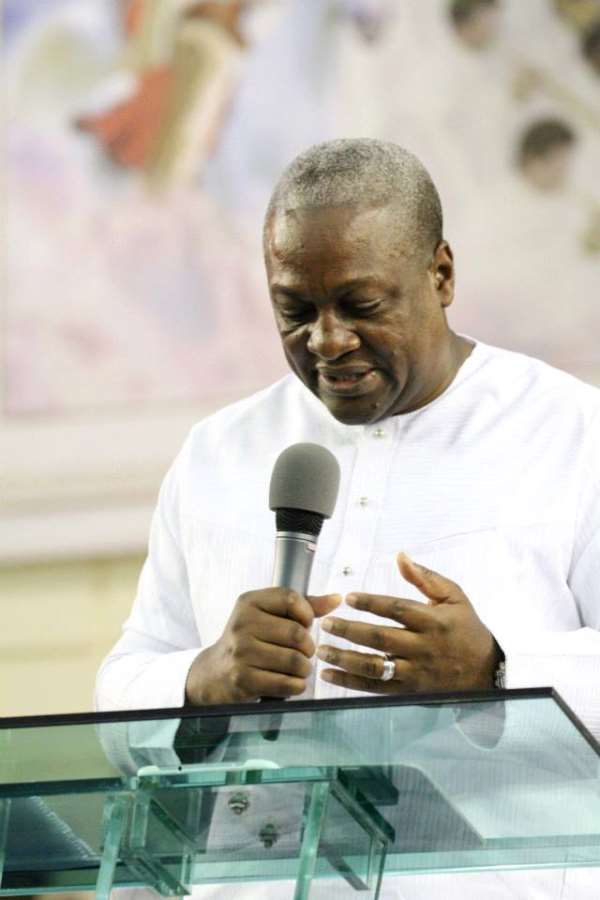 Some men of God in Ghana have come clear on the issue of their dealings with politics that have been misinterpreted by a large section of Ghanaians including the media fraternity.

Their comments constitute their responses to a story published by The Independent which aligned selected famous ministers of God to the two dominating political parties in the country.

On Wednesday, September 4, 2013, The Independent had on its front page: 'Top Men of God And Their Political Affiliation'.

The above became clear after The Independent conducted a survey of Ghanaians to find out the perceived political affiliations of these ministers.

The perception of the public was borne out of the news that some servants of God have allegedly received gifts from political leaders, while others have traveled with political figures for unknown reasons, the rest are said to have taken undue advantage of their connections with past and present governments for their own gains and that of their churches.

Several ministers of the gospel, some of whom were not cited in the story, have expressed diverse views about that public perception and why they are interpreted to be members of certain political parties.

Bishop Agyin Asare on the sidelines of the launch of Greater Peace Crusade in Accra, told The Independent that such perceptions were false and only lead to division in the church and among Ghanaians.

'The fact that we are there doesn't mean that we are aligned to a political party," he added.

For his part, Rev. Dr Robert Ampiah Kwofie also affirmed that top Ghanaian preachers have worked with previous government without taking sides. He added, his colleagues vary in their allegiance to political parties.

'No church leader is for one party forever. From my own interaction with the church leaders, they could vote for one party this year and vote differently the next four years based on their conviction, the state of the party and what they think is best for the nation at that time. I personally do not think any church leader is unchangeably, hundred percent, behind any political party.'

Rev. Dr. Anyani Boadum - Presiding Bishop for Jesus Generation Ministries, while admitting that some of his colleagues may have aligned themselves to certain parties, warned the media against attacking men of God.

'We should be very careful because there are certain people who are our last line of defense when it comes to any turbulence or unrest. Men and women of God are supposed to be in that line of defense. But it also depends on how some of them conduct themselves for anybody to have that perception about the. Sometimes perceptions are not vague. But we should spare these men and women of God because when it comes to the rough, these are people we shall fall unto.'

Rev. Peter Adjei of Tower of Love Ministries, however, admits that men of God are in a difficult position, given the kind of help politically inclined Christians offer to them.

'The difficulty is that some of the key members of our churches are also key in these political parties. Normally, I don't think any pastor will go out of his way to show his affiliation. Very few will do it. It has a potential of breaking the church. It tends to be that members of your church, who are in a particular political party, may support you financially and the interpretation could be that the pastor is a member of that particular party. But men of God must be neutral'

Rev. Dr. Ampiah Kwofie backed Rev. Adjei's observation. According to the former, 'Ghana is a little very difficult terrain to operate in. anything you say will be interpreted one way or the other so most church leaders hardly would want to say anything. Even a prayer could be interpreted as a slant toward one political party or the other',

But according to Apostle Samuel Yaw Antwi, General Secretary for the Ghana Pentecostal and Charismatic Council, 'once you become a leader of a church which consists of people from all shades of political parties, it is wrong for you to openly identify with a particular political party. It doesn't help. It brings division among the congregation.'

Rev. Dr. Anyani Boadum believes that his colleagues must be cautious when it comes to issues of politics.

'Politicians understand their own game and if for the sake of popularity, you want your voice to be heard. If you don't take care, it won't be long when party A or B will put you in a pigeon hole and say, this pastor the way he speaks he belongs here. It may become a public perception which may not be vague. So the men and women of God should be very careful. The 'hawks' in the political parties may jump on you and say, if you to be political, we'll play the game with you.

Rev. Eddie Cofie of Apostolic Foundation Ministry sided with Rev. Anyani Boadum, saying ministers are not expected to openly declare their political affiliations to their congregations.

As to whether or not ministers of God should concern themselves with issues of politics and national development, divided the men of God. While some believe ministers have a sole calling to serve God, others opine that since ministers are part of a nation, they are to partake in discussions that bother on the economic and developmental well being of all.

'Politics is about the development and welfare of people. Therefore, as men of God, we have a responsibility to speak to issues of development' - Apostle Antwi

'If you want to discuss issues of national policy, you must understand the dynamics of it. Don't bring your party feelings because it will destroy your church.' - Rev. Dr. Anyani Boadum

In a sharp contrast, two ministers of God, Rev. Elisha of Charismatic Evangelistic Ministries and Rev. Peter Adjei of Tower of Love, asserted that men of God are restricted by reason of their calling.

'You are not a politician, you are a man of God. So you are supposed to preach the word of God and not do politics. They are representatives of Christ on earth and they are sent to see to the spiritual welfare of people. They are supposed to do politics', Rev. Elisha noted.

'You were called to be ministers, not politicians. We should concentrate on our core job, and not meddle in things that will tend to bring down our reputation'- Rev. Adjei.

It may be quite dicey for a minister of the gospel to meddle in issues that bothers on politics, considering the 'dirty' tag that has been put on it. The Bible teaches that men of God should keep themselves unspotted from the 'world'. However, the Bible also enjoins Christians to impose the will and wisdom of God in the affairs of men.

With great wisdom, prudence and discernment, it is certain that ministers can make meaningful contributions to the society in any way God allows.