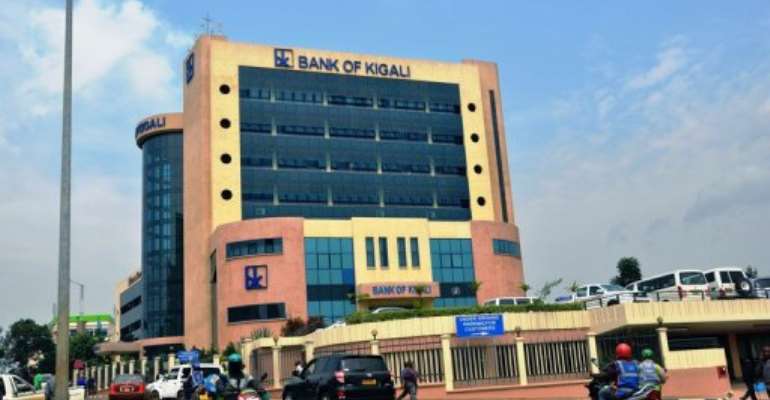 Motorists drive past the Bank of Kigali on June 29, 2011. By Steve Terrill (AFP/File)

KIGALI (AFP) - Rwanda on Friday launched an ambitious economic development plan aimed at pushing economic growth to 11.5 percent for each of the next five years and cementing its reputation as an African success story.

"We are aiming at a double digit growth of 11.5 percent and bringing down poverty by at least 15 percent -- that is from 45 percent to fewer than 30 percent over the next few years," President Paul Kagame announced.

The Rwandan government's new five-year plan, he said, would help transform the central African state achieve "middle income status in a medium term and eradicate poverty in the long term".

"We must be prepared to double our efforts towards productivity and take responsibility for our own development," he added.

But nearly two decades after the 1994 genocide, 40 percent of Rwanda's budget still comes from foreign aid.

In 2012, several donor countries suspended their support to Rwanda following accusations from the United Nations that Kigali was backing rebels in the resource-rich eastern Democratic Republic of Congo.

Rwanda has always denied the claims, and offset the loss of 11 percent of its budget by raising $3.5 billion through a sovereign bond issue.

Kagame, who has led the country since ending the 1994 genocide that left some 800,000 people dead, has been widely hailed for his business-friendly policies that have helped the private sector flourish.

The World Bank's ease of doing business index for 2013 ranked Rwanda 52nd out of 185 countries, and third best in sub-Saharan Africa -- after Mauritius and South Africa.

"These opportunities should be seized and I encourage the private sector to set equally ambitious targets, increase production and quality, expand their market...and keep increasing competitiveness," he said.