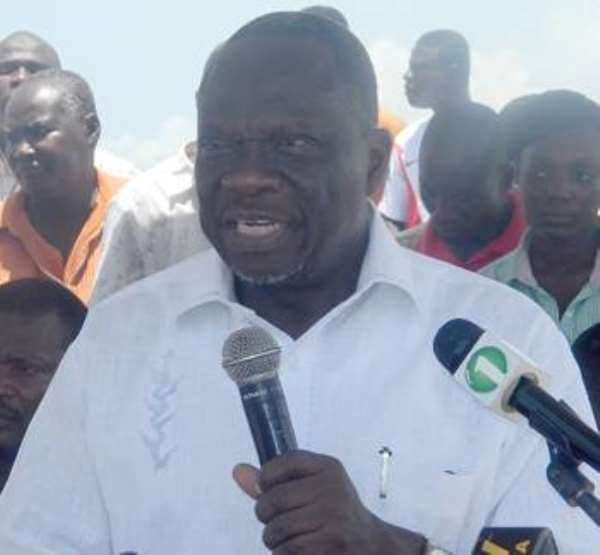 He said 'we have restrained ourselves from dealing with chiefs involved in these infractions but a time will soon come when we shall be forced to deal with any chief caught in the web of such irregularity'.

He said this when addressing a general meeting of the Western Regional House of Chiefs at Sekondi, adding that the accusation was based on current intelligence information, which revealed that chiefs in the region were deeply involved in illegal mining activities in their communities.

He said the involvement of chiefs in illegal mining activities was thwarting the efforts of government to stop the destructive enterprise and appealed those involved in the illegal practice to stop.

Mr Addo said the boundaries to stool lands had always generated disputes between stools and asked the House to initiate a process to survey all stool lands and demarcate them to avoid the tension that usually resulted from such disputes.

He said the Regional Coordinating Council was prepared to assist with the manpower requirements through the district assemblies.

Mr Addo spoke of the legitimate role of district assemblies in deciding on land use in their jurisdiction.

He said chiefs could release from the prepared scheme to prospective developers but it was the responsibility of District Assemblies to determine for what purpose the lands would be used.

'Let us give recognition and respect to these mutual roles for the benefit of all so that we can develop in an atmosphere of peace and unity', Mr Addo said.

Akufo-Addo not bound to nominate recommended MMDCE hopefuls ...
48 minutes ago