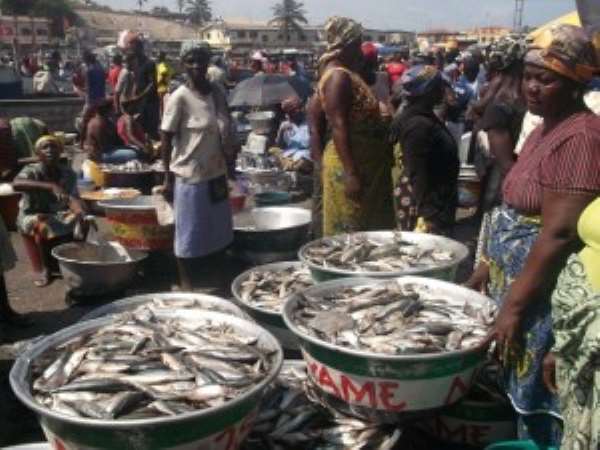 The British Komenda Landing Beach Committees (LBC) has disbursed GH¢ 10,000.00 as soft loans to fishmongers and other traders in its catchment area to boost their trading activities.

An additional GH¢ 10,000.00 has also been given to aged fishermen who can no longer go fishing, whilst an administration block constructed at the cost of GH¢ 70,500 has been completed.

Nana Kojo Miah II, Chief Fisherman of British Komenda, made this known at the inauguration of a 16-seater water closet toilets and bathhouse constructed by the LBC at an estimated cost of GH¢ 110,000.00 for the community.

He expressed gratitude to the government for including LBC in the 'Better Ghana Agenda' which had enabled them to execute a number of development projects in their communities.

Another challenge is the nature of the landing site at British Komenda which he described as 'a threat' during high tides because of the frequent marine accidents with its subsequent loss of both life and property.

Nana Kojo Miah said this had brought hardship to the fishing community and appealed to the Komenda-Edina-Eguafo-Abrem Municipal Assembly to help settle the fishermen at a good landing site near Abrobiano to avoid future accidents.

The Administrator of the National Premix Fuel Committee, Mrs Joyce Akyeampong, praised the fisher folks for initiating the projects to help improve upon their living conditions, saying, this was the objective for which they were formed and urged them to initiate more of such projects.

She was an embodiment of limitless courage, commitment to w...
13 minutes ago