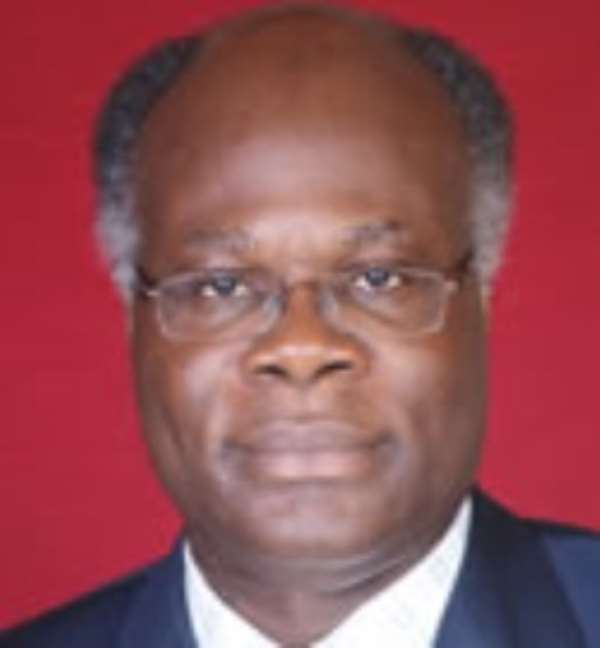 A Deputy Minister of Energy under the New Patriotic Party's (NPP) administration K.T Hammond has stated that the sale of the Ghana National Petroleum Corporation (GNPC) Drill Ship was as a result of the 'financial incompetence of Mr. Tsatsu Tsikata's GNPC at the time.'

According to him, 'the sale was to compromise a suit that had been taken against GNPC and the government of Ghana by a company called Societe Generale.'

His comments come in the wake of a press release issued by the Ministry of Energy & Petroleum, which revealed that the Drill Ship belonging to the Ghana National Petroleum Corporation was sold on the 17th of July, 2001 during the administration of the New Patriotic Party.

The then GNPC Chief Executive, Tsatsu Tsikata, entered into some derivative transactions in the 1990s between GNPC and Societe Generale in the early 1990s.

But in 1999 the Societe Generale sued GNPC in a London court to recover the debt owed it by the state-owned oil company resulting from the transaction.

On Wednesday, the Chief Executive of GNPC, Mr. Nana Boakye Asafo-Adjeye and the Chief Manager with the Banking Department of the Bank of Ghana, Mr. Paul Mensah-Ashun who were subpoenaed by the Sole Commissioner over the sale of the ship, could not produce the documents covering the transaction.

Responding to the press release from the Ministry of Energy & Petroleum, Hon. K.T. Hammond on Eyewitness News with Richard Dela Sky explained that 'Mr Tsikata had involved himself and GNPC in some hedging transactions' which was unnecessary.

According to him, Mr Tsikata gambled with Societe Generale over a report that said Ghana had gas and oil on the shores of Tano South although 'we did not have it and this led to a debt to the tune of $47 million.'

He revealed that in the process, the D511 was collateralised and when the matter came up in court, Societe Generale applied to the UK court for the ship to be detained.

Mr. K.T. Hammond disclosed that he therefore traveled to the UK to deal with the lawsuit adding that in the end it was agreed upon that the matter 'could be compromised and settled out of court.'

'The good news is that in the course of the settlement … in our case, for $47 million, we managed to settle it for $19.5 million' he said.

Therefore in a bid to pay the settlement of $19.5 million, the ship that had been detained was sold at $24million which according to him 'we (Ghanaians) got more than value for money.'

He confirmed that $19.5 million out of the $24million was paid to Societe Generale.

'I K.T. Hammond came to this country (Ghana) with a cheque for $3.5 million payable to the government of Ghana which was later presented to the Ministry of Finance to be paid into government consolidated fund as part of proceeds because about close to 1 million had to be used to settle the other indebtedness of this same GNPC' he intimated.

He also expressed shock that officials from the Ministry of Energy claim the ministry does not have any documents to that effect adding that GNPC should have the documents.

'Richard I can't believe that this file is not there at the Ministry of Energy' he stated.

Mr. K.T. Hammond confirmed writing a letter to the Commission of Inquiry in order to appear before them in a bid to clear the air.

In his explanation, the press release was to indicate to the general public that although there is an issue that is currently being investigated by the Commission of Inquiry, 'the case occurred in 2001.'

'It is the responsibility of the Ministry of Energy to state clearly the time frame from which this transaction took place' he said.

He added that the press statement also indicated that 'government had directed a Deputy Energy Minister to go to London and sale that particular ship and that the ship was sold on the 17th of July 2001.'

He further stated that their knowledge on the transaction based on the documents in their possession is to enable the commission conduct its investigations well.

Demonstrate diligence and honesty in your work – Outgoing KM...
1 minute ago