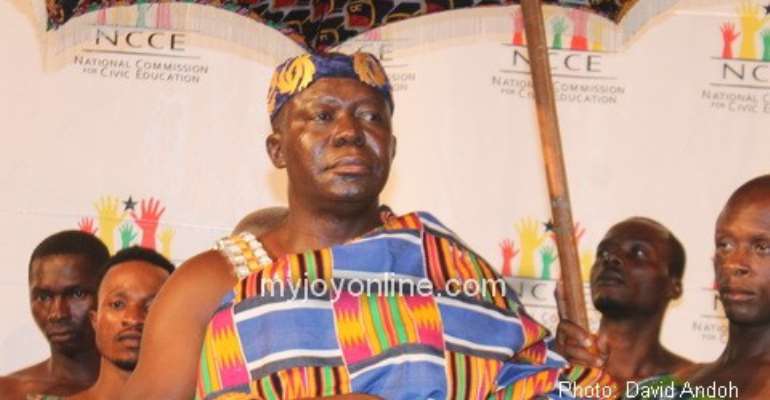 The Criminal Investigations Department (CID) of the Ghana Police Service has started investigations into allegations that the Asantehene, Otumfuo Osei Tutu II, facilitated the alleged bribery of some justices of the Supreme Court to rule in favour of President John Mahama in the Presidential Election Petition.

The New Free Press, in its September 4, 2013 edition, carried the report alleging that the Asantehene played a role in the alleged bribery.

But the Manhyia Palace, in a sharp rebuttal, described the report as a move to malign the Asantehene.

The Director of Public Affairs of the Ghana Police Service, Deputy Superintendent of Police Mr Cephas Arthur, told the Daily Graphic on Thursday September 12 that the CID had just laid hands on a copy of the report to facilitate investigations.

He explained that such investigations were necessary because bribery was a serious allegation.

Moreover, he said, it touched on the person and integrity of high-profile personalities who were involved in a serious national issue, the election petition.

Mr Arthur, therefore, expressed the hope that the author of the story and the newspaper's management would co-operate with the police in their investigations.

He explained that that co-operation should provide the leads for the police to embark on successful investigations.