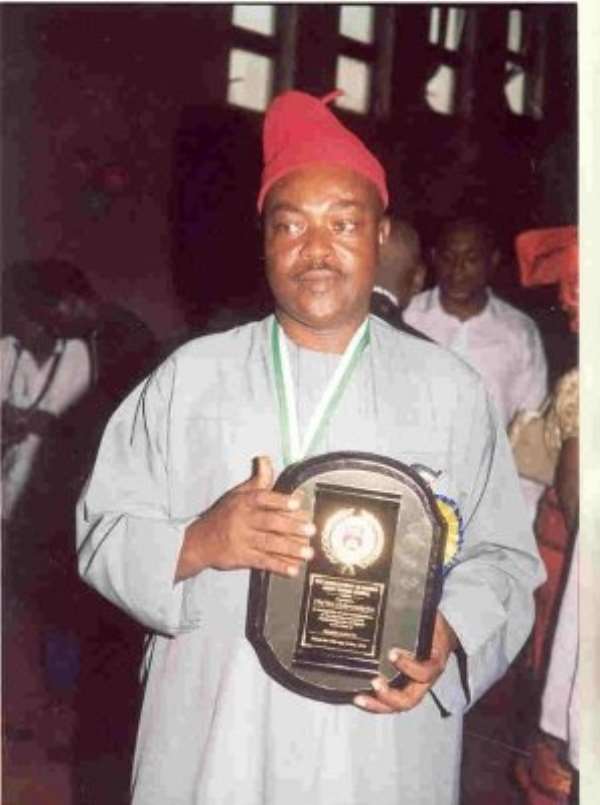 Preamble
As most of you are aware, I was announced as the new National Publicity Secretary of our great party PDP by the new leadership of the party on 9th September, 2013 through a press release by the National Secretary of the party, His Excellency, Prince Olagunsoye Oyinlola. The announcement came to me as a shock as I neither lobbied nor asked for any such appointment. According to our great and amiable Chairman, Alh. Abubakar Kawu Baraje, my name came tops amongst many other great names suggested for this office. Whatever may be the reasons for my appointment, I owe everything to God, as well as to the numerous journalists and media chiefs without whom I cannot claim to be anything.

It will not be possible for me to know all that played one part or the other to make this possible but be assured that my good God will surely pay each of you back in hundred-folds. It will not be fair should I forget my beloved wife, Evang. Mrs. Ada Chioma Henrietta Eze, whose 51st birthday we were celebrating last Saturday when I was directed to be in Abuja to assume duties as the new National Publicity Secretary of our great party. Seeing that it was a national call, this amiable lady immediately released me to answer the call without delay. My thanks also go to my kids for their understanding in this regard.

I must commend and thank my colleagues, friends and brothers in the media for the wonderful support so far accorded me these few days of assuming this task, not minding that I have neither called nor contacted any of them over this assignment. My special thanks go to members of the PDP Correspondents Chapel, Abuja, who have proved that they are ready to support me in this regard. My friends in the foreign media, social media - the Lagos axis, the Port Harcourt axis, the Yola axis - have proved that they are truly friends indeed. My colleagues, the iron lady of the media in Rivers State and Commissioner of Information, Mrs. Ibim Sementari, and, of course, the silent operator and affable Chief Press Secretary to Gov Amaechi, Mr. David Iyofor, for their love and assistance. I am short of words on how to thank the two of you for all your invaluable assistance so far. Great knowing you people. The trio of Prince Tonye Princewill, Hon Chief Dakuku Peterside and Distinguished Senator Magnus Abe for showing special love to me since I came into contact with each one of you. Hon John Enebeli, the Rivers State Liaison Officer, has been a wonderful host since I came into Abuja. I cannot thank each of these groups of people enough but I am sure that we shall all smile after collaborating to salvage our great party out of the hands of those that made our intervention inevitable.

Challenges of the office
I am not given to fear of any challenge. Therefore, irrespective of the risks and challenges associated with this type of assignment, I am convinced that with the prayers of all Nigerians, I and other great minds on this rescue mission of getting back our great party to the path of honour and democratic principles as envisaged by its founding fathers will surely succeed.

My plea
My plea is for patience as I hope to start my familiarisationtour of some media houses across the country as soon as the issue of our National Secretariat and some others are sorted out. Once again, I thank you all for the love you so far exhibited towards me.

Let me formally conclude by expressing my profound gratitude to our leader, President Goodluck Jonathan, our BOT Chairman, Chief Tony Anenih, and members of the Elders Committee under the able leadership of His Excellency, General Olusegun Obasanjo, General Ibrahim Babamgida, Dr. Ahmadu Ali, Dr. Barnabas Gemade and all our leaders in different capacities as we all work together to bring peace to our great family which most of you have toiled assiduously to bring to this height.

For the numerous calls asking me about my past, I decided to submit this brief biography for your consideration and action where necessary.

Eze was the Football Team Manager of Christ the King College (CKC), Onitsha, Anambra State, from 1978 to 1989, even as a student of the college. CKC Onitsha was the first African College to win a world cup football tournament in 1977. He was the Director of Sports in the Students Union Government (SUG) of (UNICAL) and managed the University's football team to win the maiden edition of NFA/Pepsi Cola Football Tournament among higher institutions in Nigeria in 1986. In 1987, he was part of the UNICAL football team that was sponsored on a playing tour of Belgium by Pepsi Cola Company. In 1987, he was appointed the UNICAL Faculty of Arts Sports Coordinator and led the Faculty to win the 1987 Inter-Faculty Games in the university. Between 1987 and 1989, UNICAL gave him a scholarship in appreciation of his prowess in sports administration and a permanent bed space in the famous Hall Two that was meant only for senior students of the University.

Eze distinguished himself by winning the Best Corps Member Award in the 1989 Orientation Course as well as being the first and only Nigerian to have donated all his service year allowances as a Corps Liaison Officer to the then Gongola State. He served as the Corps Liaison Officer in the old Yola Local Government Area and was coordinator of all Corps Liaison Officers in the then Gongola State, comprising the present-day Adamawa and Taraba states. This was an office he used to appoint the then Rear Admiral Murtala Nyako, the present Executive Governor of Adamawa State, as the Grand Patron of the Yola Corps Members Association in 1989.

Immediately after his youth service, the defunct Gongola State Sports Council employed Eze as its Public Relations Officer in 1990. He resigned in 1991 to set up Eze Continental Sports Company Ltd through which he donated a lot of cups in promoting sports in Adamawa State.

Chief Eze is married to Mrs. Ada Chioma Henrietta Eze (JP). They are blessed with six beautiful children, four of whom are studying in various universities in Nigeria. He is the Chief Executive Officer of Eze Continental Investment Limited, President, Eze Global Foundation, and currently the Operations Manager (OPM) of River Drill Group of Companies, a conglomerate based in Port Harcourt, Rivers State. He is a Fellowship Member, Institute of Industrialists and Corporate Administrators of Nigeria.

Chief Eze is the founder of the Igbo Crusaders Forum in the PDP, a forum which he used to mobilise South-South and South-East indigenes in Adamawa towards the election of Alhaji Atiku Abubakar as the Governor of that State, which eventually culminated in his nomination and election as the Vice-President of the Federal Republic of Nigeria in 1999. The same forum was used to mobilise all Southerners living in Adamawa State to vote for and secure the electoral victory of Mr. Boni Haruna in 2003 as the Executive Governor of Adamawa State. Another famous group initiated and formed by Chief Eze is the South-East, South-South Allied Movement (SESSAM), of which he was appointed the first National Coordinator. He used the group to champion the cause and well-being of South East and South-South indigenes in the North-East region of Nigeria.

Chief Eze further initiated the Organization for Enhancement of Genuine Democracy in Nigeria, a body he used to champion and contribute to the proper democratization of Nigeria. He was the National Director, Directorate of Media Affairs and Public Communication of the Turaki Vanguard, which won him an award for championing democracy in Nigeria and seeing to the death and burial of the infamous plot by Chief Olusegun Obasanjo to unconstitutionally get a third term in office as President of Nigeria.

Chief Eze was a founding member of PDP in Adamawa State in 1998. He was at various times National Director of Strategic Planning of Frontier Movement, Publicity Secretary of Rivers State Action Congress and the Media Consultant to Princewill Political Associates (PPA). He is currently the National Publicity Secretary of Peoples Democratic Party (PDP), the ruling political party in Nigeria.

Chief Eze has bagged many national and international awards, which include African Youths Congress Continental Life Patron, NTA Yola Role Model Award, SWAN Outstanding Philanthropist Award and NIPOST Outstanding Personality Award. He is also a recipient of the national award by DAME in the area of political engineering, among many other awards.

A detribalized Nigerian, Chief Eze is a seasoned politician, philanthropist, an astute administrator, author, publisher, public issues analyst and a corporate writer. He has been following religiously the political activities of His Excellency Atiku Abubakar for the past 18 years and Rt. Hon. Chibuike Rotimi Amaechi for the past seven years. He was a member of the Presidential Campaign Team of Alh. Atiku Abubakar/Senator Ben Obi in 2007, and a member of the Media Team of the Re-Election bid of Gov Amaechi in 2011.

Eze has authored and published countless articles towards promoting democracy in Nigeria. He loves writing and has authored a book, Prince Tonye TJT Princewill: The Prince of Niger Delta Politics - His Vision, Mission and Politics. Some of his unpublished works include the book, The Man Atiku Abubakar: From Obscurity to Limelight and Amaechi, His Strides and Politics.

A devout Christian, Chief Eze is an elder in the Redeemed Christian Church of God (RRCG).