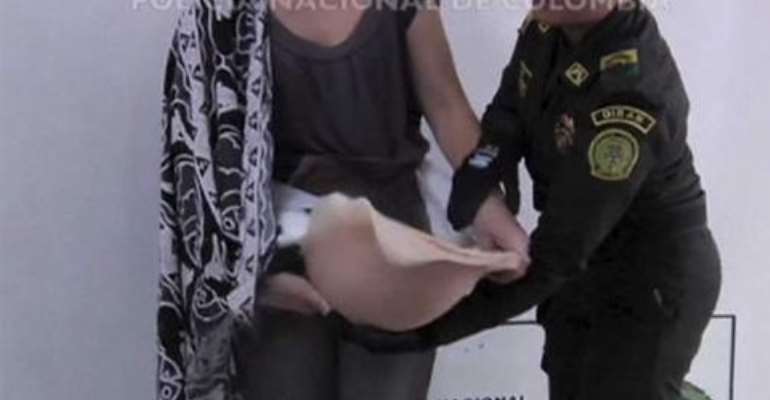 Police said they discovered a false belly made of latex taped to the suspect's body as well.

A woman has been arrested in Colombia for allegedly trying to smuggle cocaine in a fake baby bump.

Canadian Tabitha Leah Ritchie was stopped while preparing to board a flight from the capital Bogota to Toronto.

When an anti-drugs inspector asked how long she had been pregnant, Ritchie responded seven months.

The officer then touched the belly and felt it was cold and hard during a frisking at El Dorado international airport.

Police discovered a false belly made of latex taped to her body as well as 2kg of cocaine inside, said Colonel Esteban Arias Melo.

He said: "The Canadian citizen tried to fool public security forces by faking a pregnancy."

If convicted for drug trafficking, 28-year-old Ritchie, who arrived in Colombia on August 6, could face up to eight years in prison.

Some 44 foreigners have been arrested at international airport terminals in Colombia trying to smuggle drugs since the start of 2013.

Colombian officials say 874 foreigners are being held in the country's jails, most on drug charges.