Another domestic carrier threatens to pull out of Ghana 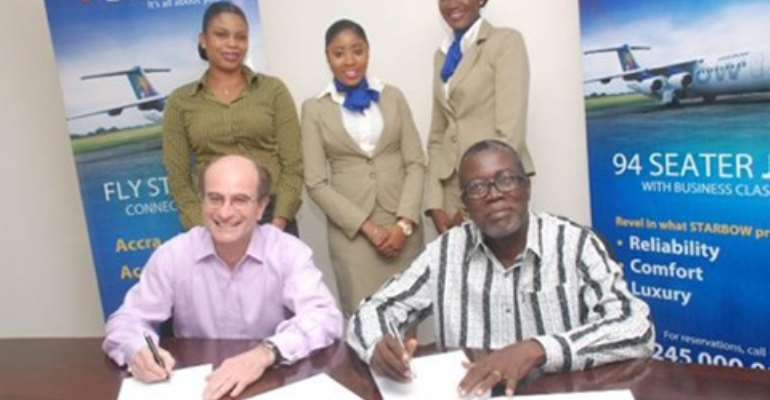 Domestic carrier, Starbow has indicated that it might be forced to move its operations outside the country, if nothing is done to protect the interest of local airlines.

Antrak Air recently threatened to pull out, citing difficulties in getting passengers.

However, Starbow is basing its threat on the high cost of operations.

James Eric Antwi, Chief Executive of Starbow Airlines, tells Joy Business: "If we don't take protection from government then we are not going to make it. We are also thinking of relocation; if it doesn't happen we will relocate somewhere may be Ivory Coast or somewhere to operate from there.

"...you cannot continue investing, putting money in something [when you are] not achieving anything of that sort. That is the problem we are having. We are actually not making money to be precise."

Mr. Antwi further stated that the company is even having difficulties in assisting Authorities to install runway lights at the Kumasi Airport to enable their passengers travel at night. Even pleads to be given a place to construct their own hangar has become a problem, he added.

They are currently four domestic airlines operating in the country, with two airlines set to join them soon because they have secured license from regulators of the aviation industry to begin operations.