I Did Not Say Am A Staff Of CNN: Paul Yempe 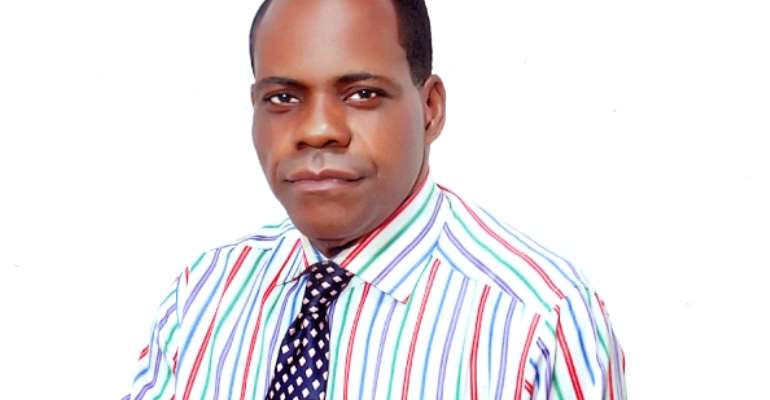 Mr. Paul Yempe, who was recently tag a fake journalist by Comrade Tare Akono, the Local Chairman of the Nigeria Union of journalist, Bayelsa State. For his false claim working as Correspondent to the Cable News Network (CNN) in the Niger Delta region.

In this interview with Gift Genius Wokoma, he opens up that he never said he is staff of CNN and never a fake journalist

Excerpt:
Can you briefly tell who you are, and what you do for a living?

I am Paul Yempe, a mass communication graduate from the University of Ghana. A broadcaster with Radio Rivers 99.1 FM stereo, Port Harcourt, anchoring a program called trading post every Saturday morning at 10 am. As a broadcaster, I also obtained a certificate in basic presentation at Alpha Institute of Broadcasting and communication, River state.

I am also a public relation officer; where I run public relations services for cooperate organizations in Port Harcourt and other state. I am also a pastor in one of the local Pentecostal churches in Rivers State name: New Life Church

According to the SSS, you were arrested with an Identification Card of the Rivers State Broadcasting Corporation known as Radio Rivers and a fake Identification card of the CNN. What's your say on that?

I was arrested with a Radio Rivers 99.1 identity card which my director of commercial Mr. Richard Hart gave the authorization. I am not a staff of CNN but a freelance reporter, which several times I have sent materials to them. If I could explain, if am a distributor to Coca Cola products, and for free recognition, nothing is wrong for me to print an identity card to show my clients that I distribute for Coco Cola. That was what I did for easy passage. What the police supposed to do is to confirm from CNN whether I have dealings with them or not. But I was just tag a fraudster.

The Chairman of the Nigerian Union of Journalists (NUJ) in Bayelsa State, Comrade Tare Akono, accused and tagged you a fake journalist. What were his reasons?

The chairman of the Nigeria union of journalists (NUJ), Bayelsa State, Mr. Tare Akono, did what he did because he was bias that I entered his territory without letting him know. He said that I have no true identity card to show that I truly represent CNN, without proper in requires to ascertain the true position of my dealing with CNN.

It was allegedly gather that you swindled some of the state officials. Would you say you actually did that?

I did not defraud the Bayelsa State Government. I only went to see Deacon Marson Fefegha, the Commissioner for Information in Bayelsa State for request to package a documentary for the success of Hon Henry Seriake Dickson Government. Which I was told to send a proposal for full details. No money was given to me, not even a kobo.

For the interview with commissioner for energy, I only intend to use it on my programme trading post on Radio Rivers 2 99.1 FM PH. I will boldly say my intention was not to defraud the Beyalsa Government but to help promote the Government projects

You have been described as a fake and fraudulent person in recent time, what are your future plans in redeeming back your name?

My future plan in redeeming back my name is to make sure that all media house all over the world get my own part of the story, through interviews, publications and press releases. I will also make sure that I obtain legal backing to defend myself, which is already on but adjoin still the 20th of September 2013 at the magistrate court three near the fire service, Yenagoa, Beyalsa State