Chief In Trouble Over Galamsey 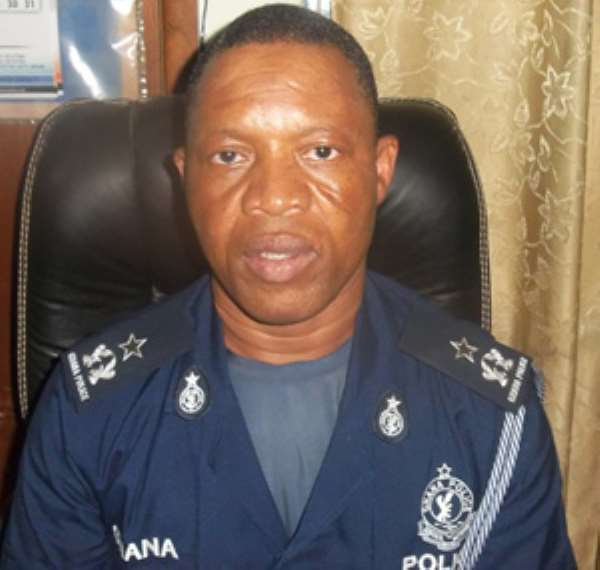 According to sources, the Abusuapanyin and a section of the youth in the farming community are unhappy with an alleged decision by the District Chief Executive (DCE), Anthony Bassaw, Assembly member of Ayiem Electoral Area, Kofi Ofori Dubeng and the chief to allow 'galamsey' operators to pollute their only source of drinking water.

DAILY GUIDE gathered that a section of the youth of the community, who demonstrated against the alleged operations of the illegal miners, had been arrested.

According to him, a heap of sand in the said river causes flooding in some parts of the community whenever it rains.

He noted that the chief and some opinion leaders decided to engage the services of an excavator operator to dredge the river and change its course to address intermittent flooding, adding 'that is not galamsey.'

He told DAILY GUIDE that for sometime now, there had been a feud between the chief and Abusuapanyin over the payment of some money to the community by Ayiem Oil Mills, which operates in the community.

He noted that he attempted to amicably settle the dispute because the area's police commander failed on several occasions.

He mentioned that on August 25, 2013 at about 7 pm, he met the chief and the Abusuapanyin to settle the matter, stressing that the meeting ended at about 12:30 am after which the parties departed for Ayiem.

The Kwesimintsim District Police Commander told DAILY GUIDE that Abusuapanyin Atta Kwadwo III took the lead in his private car and the chief followed suit in his vehicle.

Supt. Yakubu said on reaching Aboadze in the Ahanta West District at about 1:30 am, the Abusuapanyin internationally stopped the car in the middle of the road which compelled the chief to also stop.

'Suddenly about four men emerged from a stationary taxi cab and two of them gave the Safohene of the community, who was in the chief's vehicle, some slaps and the occupants of the chief's vehicle immediately rolled up the door glasses to prevent further attacks,' he indicated.

The District Police Commander added that one of the men from the taxi became infuriated and hit the windscreen of the chief's car with his fist resulting in cracks in the windscreen.

He said on August 27 and 28, 2013, the Abusuapanyin led some indigenes numbering about 16 through the principal streets of the farming community to hoot, insult and taunt the chief and the Safohene amidst war songs.

The Kwesimintsim Police Commander indicated that on September 4, 2013 some of the factions allied to the Abusuapanyin caused an announcement to be made to the effect that the Abusuapanyin wanted to meet the town folks without the consent of the chief contrary to the traditional practice in the area.

He noted that the police, after receipt of a report, stormed the community and arrested about eight suspects, whose actions were nefarious.

He added that the eight were put before court on the charges of assault and causing damage and were remanded while a bench warrant was also issued for the arrest of nine additional suspects.