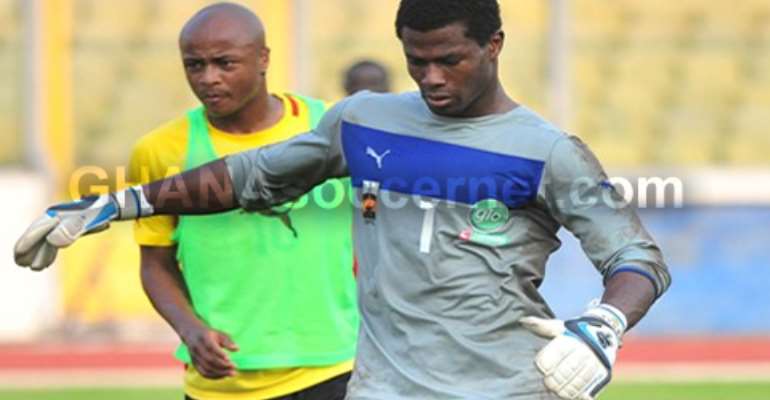 Braimah dissappointed in his performance in friendly defeat against Japan

Ghana goalkeeper Razak Braimah is gutted by his concession of three goals in the friendly defeat against Japan on Tuesday.

The CD Guadalajara shot-stopper despite initially impressing on his Black Stars start flapped some chances and looked out of sort at times in the 3-1 defeat to the Blue Samurai.

Braimah was just making his second appearance for Ghana haven excelled as a second half substitute in last month's friendly against Turkey.

The former Nania goalkeeper has now resurrected his doubters who believe he is not even worth suggestions of being on the heels of dethroning Fatau Dauda as the first choice Black Stars goalkeeper.

The 26-year-old is highly disappointed in his performance but looks to take the hard lessons from the mistakes made on Tuesday.

“I am very disappointed because it has been almost three years since I conceded as many as three goals,” he told Peace FM.

“The most important thing is to learn from the mistakes and improve.”