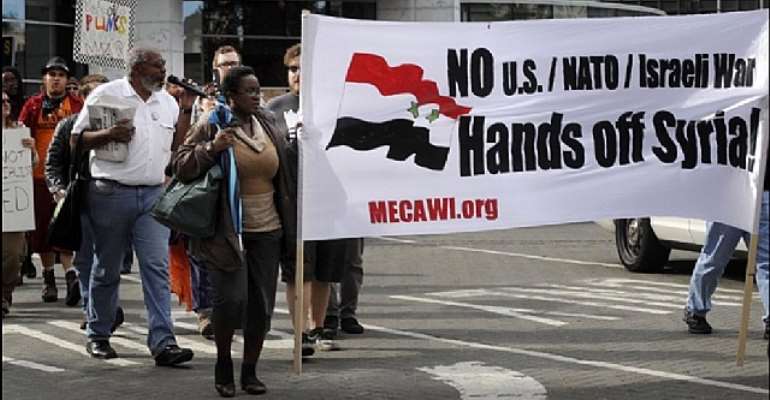 President Obama of the United States of America deserves commendation for delaying a war he declared to discipline Syria. It is likely that the limited attack by the US army on Syria over an alleged use of chemical weapons by President Assad on his own people may not come on.

Currently the Assad regime has accepted to declare all its chemical weapons for scrutiny by international weapons inspectors. That is good .While this diplomatic step is ongoing, the Obama regime is awaiting approval of the US senate to be able to order limited strikes on Syria. The senate is not likely to approve of a war by the US on Syria when they are convinced that the issues involved could be handled amicably.

Most people spoken on this issue feel that the diplomatic means of solving the internal matters in Syria is about the wisest thing to do. If not the war on Syria, however limited, would lead to the US committing her young men and arsenals to fight the Syrian government which is already involved in war with Syrian rebel forces fighting for power. Because the Syrian government has hinted on retaliating when attacked no one can tell what would really happen. The US has many nations aligned to it in the Middle East who can be targeted by the Assad regime. Moreover any war in the middle would have economic effect not only in the Middle East it would affect the entire world especially the less developed because a lot of nations rely of the middle for Oil, Trade and Tourism. If the limited war becomes a full scale war, refugees fleeing from Syria and the nations in the region may flee to Europe and other neighboring nations for safety. We need to note that the issue of refugees in the world including the Middle East is worrisome indeed.

Currently the United States is divided over the war while some people are demonstrating daily to persuade the Obama regime to save the us another unplanned expenditure, some other us citizens feel who don't disagree with the Obama regime feel that Americans are weary of wars over the past few years. The wars on Iraq, Afghanistan, Libya to mention a few have taken a toll on the coffers, the lives and health of all Americans who were involved in the wars.

All those who are concerned with the welfare of the US citizens and the people of Syria and the Arab world must speak out about the issues in Syria. Imams and other Religious Leaders and the United Nations have voiced their feelings against any unapproved external attacks on Syria. These bodies must embark on diplomatic missions to stop the Syrian government from using chemical weapons on their people if they ever did that. This must be followed with diplomatic missions to intervene between the warring factions in Syria. This may lead to the people of Syria getting the opportunity to reform the political system in Syria for elections to be organized freely in Syria. Meanwhile we in Africa and other parts of the world wish to urge the US and Russia to continue with their diplomatic means of solving the problems in Syria.