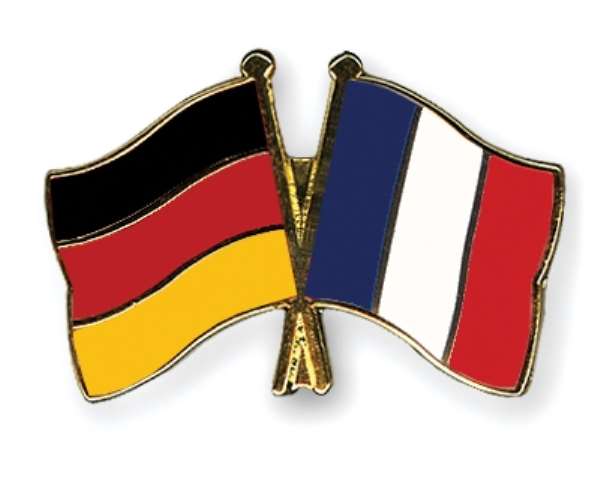 On September 14th, 2013 the Embassy of France and the Embassy of the Federal Republic of Germany together with the Goethe-Institut and Institut francais are joining forces in organizing a unique Friendship Concert at the National Theater, 7.30pm On the stage, the musicians from the National Symphony Orchestra Ghana will be coming together with a renowned conductor from Germany and a famous violinist from France to demonstrate that the love for music is universal and goes beyond borders.

The concert forms part of the celebrations of the 50th anniversary of the treaty of French-German friendship, the so-called 'Élysée Treaty'.

The signing of the 'Élysée Treaty' in 1963 by the French President Charles de Gaulle and the Chancellor of Germany Konrad Adenauer ended centuries of rivalry between them. A peaceful history of friendship and cooperation between both countries began and improved during the last 50 years, which also was the major driving force for European Integration up to the present. Impacts of the 'Élysée Treaty' as a means of sustainable reconciliation of former enemies are universal.

Accordingly, France and Germany are also celebrating its anniversary globally. As a cultural highlight of the festivities, the German and French Embassies happily announce the Friendship Concert, an evening full of wonderful music distributed by world-famous artists at the National Theatre of Ghana.

The concert will be led by German conductor, Markus Baisch. The renowned violinist from France, Frédéric Pélassy, will play a violin concerto. The Tema Youth Choir, the Children's choir of the Anani Memorial School Nima, Children's orchestra of the Cradle-of-Grace Montessori-School and opera singers from Ghana are also performing on stage to complete the Friendship Concert as a symbol of the good relationship of France, Germany and our host country, Ghana. Not only artists will be of various national backgrounds, but also music will be partly from famous composers of France as well as Germany, this night.

First, the audience will enjoy a violin concerto by Johannes Brahms and music by Wolfgang Amadeus Mozart. Second, highlights from the opera 'Carmen' by Georges Bizet will be featured. The Embassies of France and Germany are very proud to invite the stars of this night of wonderful music, Markus Baisch and Frédéric Pélassy to Accra. As a special highlight, extraordinary soprano Nana Aba Ashun from Ghana is singing 'Carmen' to everybody's great pleasure. This is a night of music not to miss.


The event will take place in the National Theatre in Accra at 7.30pm prompt.