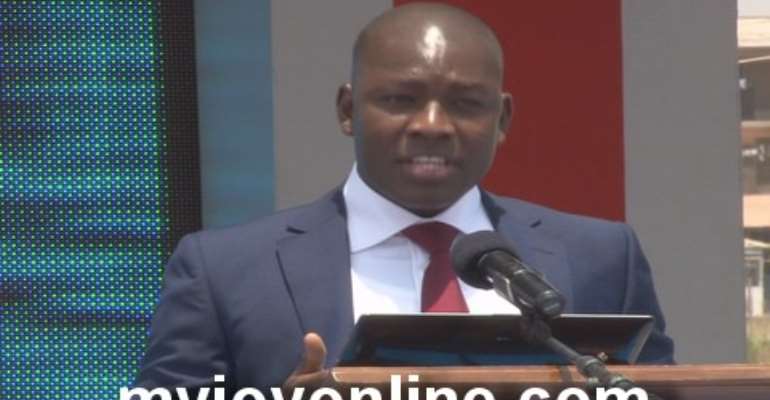 Poverty is a perception. These were the words of Mr. Roland Agambire founder, Chairman and CEO of Ghana and Dubai-based AGAMS Holdings when he was featured in the September edition of the Forbes African Magazine as one of Africa's foremost entrepreneurs.

From a very unprivileged background, Mr. Agambire recounts how as a little boy he had to share the same mat like prisoners in a crowded jail with about ten (10) of his siblings who numbered fifty (50) in total in his native farming village of Sirigu in the Northern part of Ghana.

However, by dint of hard work, perseverance and determination, Mr. Agambire has broken the despicable shackles of poverty to become one of Africa's most affluent businessmen. Today the man who hitherto had to collect coins carelessly thrown about by older persons drunk on liquor, push trucks and also sell kuli kuli to see him through school, now has an annual turnover of more than $2 billion and employs more than 500 permanent staff and over 10,000 casual workers through his AGAMS Holdings.

The latest addition to his blossoming empire is the audacious Hope City project which is estimated to be something in the region of $10 billion. The City when completed will have provided offices, accommodation for more than 50,000 people and will also host some of the tallest buildings on the continent.

For many observers, the continuous rise of Mr. Agambire to prominence in the business circles in Ghana and beyond is strictly based on political patronage. Although he does not deny competing for government business like any other businesses in Ghana when the opportunity arises, what these observers and critics fail to acknowledge is that Government of Ghana business accounts for less than twenty percent (20%) of the group's business.

Thus his critics have no justification to assume so considering the fact that AGAMS holdings have huge presence in Gambia, Nigeria, U.A.E. (Dubai) and China.

For a man whose early years were spent in poverty, Mr. Agambire revealed that poverty is a perception. “It is the mind that changes the human being”. Thus, regardless of how small one's beginning might be, with hard work and the right thinking you would end up being what you always envisage being.

Ghana and indeed Africa has every reason to be proud of such an illustrious son of the soil. At his youthful age unwavering determination should inspire all of us never to contemplate giving up on life regardless of the circumstance.