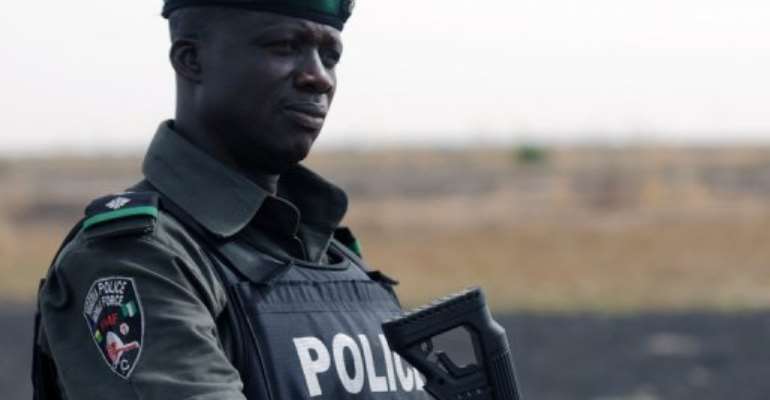 A Nigerian policeman patrols in the north of Borno state on June 5, 2013 near Maiduguri. By Quentin Leboucher (AFP/File)

LAGOS (AFP) - Nigeria's second-highest ranking Anglican archbishop was kidnapped at the weekend outside the southern oil city of Port Harcourt, capital of Rivers State, a police spokeswoman said on Monday.

"Archbishop Ignatius Kattey was kidnapped along with his wife around Eleme (outside Port Harcourt) at about 10:45 pm (2145 GMT) on Friday," spokeswoman Angela Agabe told AFP.

"His wife was later abandoned in the bush by their abductors."

A national spokesman of the Anglican Communion in Nigeria, Foluso Taiwo, confirmed the abduction to AFP, but said the circumstances surrounding the incident were sketchy.

The cleric is archbishop of the Niger Delta province, he added.

The victims are often released unharmed after the payment of a ransom.

In the north of the country however, Islamist extremists have killed a number of their hostages.