The Private Sector Is The Engine Of Growth—Investment Banker Declares 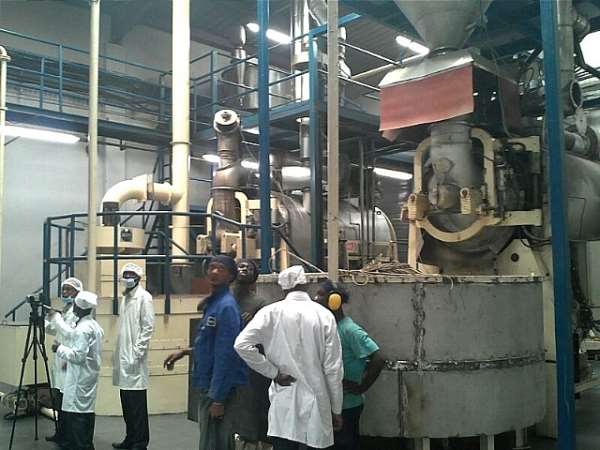 An International Investment Banker, Mr. Alhassan Yakubu Tali has noted that for Ghana to get its economy back on tract, there is the need to focus on and empower the private sector which has remained the engine of growth in all modern economies across the globe.

Speaking on Deutsche Welle Radio in Cologne over the weekend, Mr. Tali argued for a Private Sector Development Strategy that will among other things improve the business environment in Ghana, strengthen the delivery interactions between public and private sectors, enhance the competitiveness of the country´s products and services in the regional and global markets

He insisted that Ghana´s economy is not cursed as has been suggested by certain leading clerics adding 'the Almighty Allah has blessed us with plentiful human and natural resources, but bad economic management and massive corruption has turned the once vibrant lower middle income into a failed economy in just under five years'.

According to him, the economy began showing signs of weakness in 2010 after a period of impressive expansion between 2003 to 2008 and instead of taking prudent measures the NDC government decided to inject huge amount of cash in the form of questionable judgment debts, engaged in reckless spending during the electioneering campaign and allowed corruption to go unchecked thereby putting pressure on the economy.

Mr. Tali maintained that although, the economic statistics looked good then on paper, it was obvious that on the ground the real economy was not in good shape 'For example, inflation was in single digits through 2011-2012, but at the same period the cedi was in a free fall and interest rates were relatively high.' The established relationship between inflation and Exchange rate went missing which meant that something was definitely not right .

The 46 year-old Investment Banker argued that in order to get the economy back on track there is the need to revisit some of the economic policies that the New Patriotic Party (NPP) implemented so successfully during the Kufuor Administration which created an enabling environment leading to massive flow of foreign investment, job creation and impressive economic growth.

He pointed out that the massive investments made in almost all sectors of the economy by the NPP government particularly in Agriculture, technology, infrastructure and the services industry allowed the private sector to flourish and underlies the outstanding annual economic growth that the country witnessed from 2003 t0 2008 and said ' within this period Ghana's economy expanded from $4 Billion to $60 Billion'.

Mr. Tali stressed that, unfortunately, under the NDC government critical sectors of the economy like Agriculture have only witnessed marginal growth resulting in an increase in rural-urban migration leading to urban poverty and putting pressure on an already over-stretched infrastructure.

He called on government to strengthen the trade policy making capacity to better support the efforts of the private sector, streamline trade processes to reduce bottlenecks in the import and export trade and take immediate steps to reduce the cost of doing business through reforms of the legal , regulatory and administrative framework.