Skepticism And Ritual Crimes In Gabon 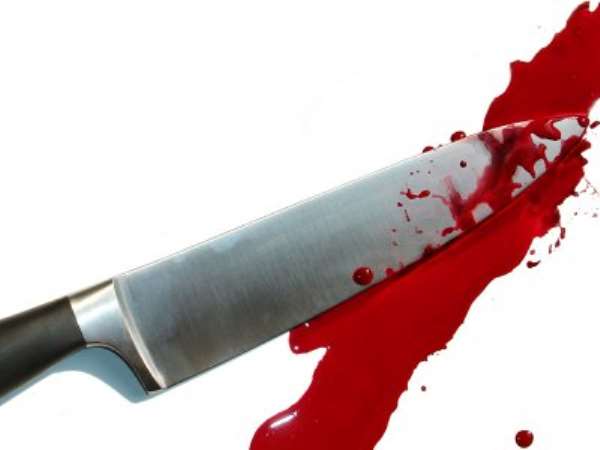 Skeptical rationality will help the people of Gabon as they grapple with the problem of ritual killing and human sacrifice in the country. The people of this nation need to embrace the values of critical thinking and scientific temper in order to end these savage crimes.

Recently, ritual killing sparked public anger and protest in this central African state after mutilated body parts washed up on the beaches. In May, a local politician was arrested and questioned by the police in connection with the ritual killing of a 12 year old girl.The politician was summoned after a man, who was tried and convicted for the murder, implicated him. The man said the politician commissioned him to carry out the killing. But the lawmaker denied the accusation.

In March, a -7 year old girl Astride Atsame was a victim of ritual murder. And in June, 2 young women, Effa Stessy, 24, and her friend, 'were killed and mutilated in Port-Gentil', the country's second largest city.

In Gabon, killing and mutilation for ritual purposes is common and the belief in the efficacy of ritual sacrifice very strong. Modern education has not succeeded in getting people to abandon this mistaken notion. People go to local witch doctors to seek 'spiritual' help in order to win election, or retain their office jobs, or to succeed in business. People go to local medicine men called Nganga to procure magical potions that will 'fortify' them against accidents, death and diseases. These fetish priests often ask them to bring some human organs or body parts for sacrifice.

Those, who for some reasons, cannot kill and get human body parts themselves commission others to do so at a fee. According to a local group in Gabon, Association for the Prevention of Ritual Crimes, at least 20 people have been killed for rituals this year in Gabon. And every year 'hundreds of people are killed or mutilated for barbaric rituals'.

Ritualists often remove the lips, eyes, tongues, genitals and other vital organs of the victims, These body parts are used for sacrifice or to prepare charms. People believe sacrifice and charms can bring financial or political success. There is no evidence at all that ritual sacrifice of human organs or body parts can make anyone rich, lucky or prosperous. There has never been any proved case of ritual money or wealth.

Still this bloody myth and misconception persists among the people of Gabon and in the local discourse across the region.

In a recent report, Association for the Prevention of Ritual Crimes claims that ritual crimes are caused by fear, poverty and ignorance. It also listed mob justice and violence, impunity and criminal silence by local authorities as additional factors responsible for these atrocious crimes. But the main factor is superstition and lack of skepticism in the country.

Ritual crime is driven by the irrational belief in the potency and efficacy of ritual sacrifice, and in the unchallenged cultural narrative that attributes political and financial success to mythical and occult powers. Most people are outraged by ritual killing and mutilations. But they still believe in the potency of ritual and human sacrifice.

The narrative of ritual sacrifice is often used to explain the basis of wealth acquisition, luck and prosperity. The people of Gabon must begin to question and challenge this mistaken notion. Skeptics in Gabon need to come out and openly challenge the peddlers of this cultural dogma.

They should stage a critical thinking based public enlightenment and help reason the local population out this ancient superstition and others beliefs that are hampering the growth and development of the country. Skeptics should get involved in this campaign against ritual crimes in Gabon by putting in place programs that would cause cognitive dissonance and get the people to abandon the mentality of ritual sacrifice. Ritual murder is a horrific act and a cultural embarrassment to humanity. The people of Gabon and in fact all Africans should stop it now!

Meanwhile there is an online petition urging the President of Gabon to take tougher measures to end ritual crimes in the country. But these measures would not likely be effective as long as the thinking and mentality of the people remains the same.

One measure, I think, the president should take is to encourage the people of Gabon to seek evidence and question claims and beliefs, and then ensure that those who commit atrocities in the name of their absurd beliefs and claims are made to answer for their crimes.

Ritual killing must stop. And ritual killers must be stopped