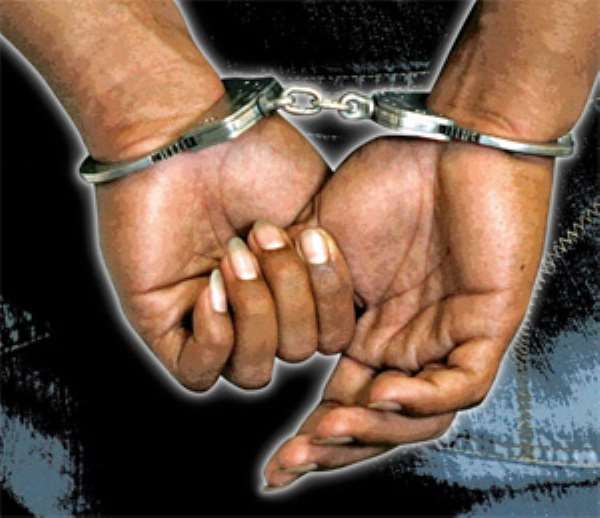 A 34-year old head pastor of the Saviour Church of Ghana, Agona Swedru branch, has been arrested by the police for raping a 22-year-old woman.

He said Pastor Joseph Bondzie admitted having sexual intercourse with the girl without her consent during police interrogations.

He said, 'In the course of the prayers the pastor touched the mouth of the girl and all of a sudden she fell floppy'.

ACP Hinneh said the victim woke up in about 15 minutes and saw that her pantie was loose and her private part soaked with semen; an indication that the pastor had had sexual intercourse with her.

He said the girl returned home and complained to her auntie and when Pastor Bondzie was confronted by the auntie he admitted the offence.

ACP Hinneh said the pastor sent some elders to plead for forgiveness on his behalf but the auntie reported the matter to Agona Swedru branch of the Domestic Violence and the Victims' Support Unit.

He said a medical report from doctors at the Agona Swedru Government Hospital proved that the girl had been raped.