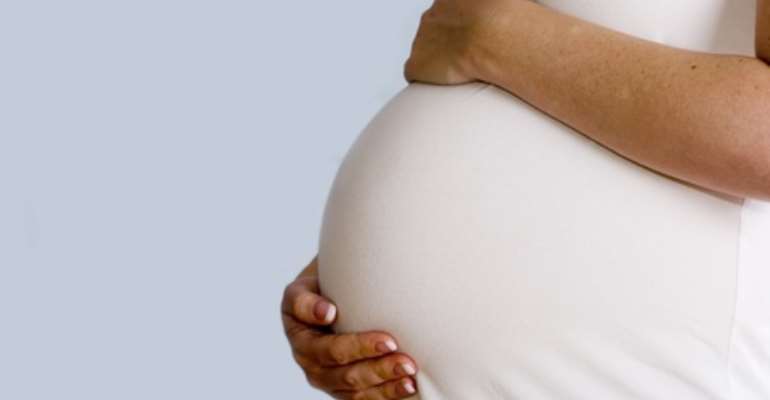 Globally, more than half a million women still die annually as a result of complications of pregnancy and childbirth. A disproportionately high burden of these deaths is borne by developing countries, including Ghana. With maternal mortality ratio of 350 per 100,000 live births and an estimated 33,347 deaths in the last 12 months preceding the census (GSS, 2010 PHC), and that, 3,026 are recorded as pregnancy - related deaths. Ghana accounts for nearly 8 percent of the global estimates of maternal mortality.

The United Nations Millennium Development Goals (MDGs) seek to reduce the under-5 child mortality by two-thirds and maternal mortality by three-quarters between 1990 and 2015. These goals, known as MDG 4 (child health) and MDG 5 (maternal health) have become critical targets for developing countries as they prioritize interventions and national health spending, and as the estimated time (2015) for achieving the MDGs approaches. Yet meeting MDGs 4 and 5 is proving challenging: mortality rates are decreasing, but not rapidly enough to meet the MDGs in Ghana.

Despite progress in reducing the under-five mortality rate, which dropped from 111 to 80 per 1 000 live births between 2003 and 2008, as a result of a number of initiatives including the new Child Health Policy (2009) and the scaling up and sustaining of child survival interventions, Ghana is unlikely to meet the MDG target of 50 per 1000 live births unless more effective interventions are implemented.

Better still, one can say that, if Ghana records the best of economic indicators of GDP growth which by far and large outweigh those of sub-Saharan Africa and even world over but continue to subject maternal health issues to the fortunes of routine health practice, it means that undoubtedly, futuristic outlook of Ghana appear to be blare.

The government's Health Sector Medium-Term Plan (HSMP) for 2010-13 identifies maternal health as a national priority. Efforts have been made to improve maternal health outcomes by providing free maternal health services, repositioning family planning and training and repositioning reproductive and child health staff. Despite these interventions, overall progress in the reduction of maternal mortality has been slow. Between 1990 and 2008, the maternal mortality ratio had reduced from 740 per 100 000 live births to 350 per 100 000 live births. At the current rate, Ghana is unlikely to attain its MDG target of 185 per 100 000 live births. Governments have been doing well in this respect, however, re-iterating a fact given earlier, since women and girls form a greater chunk of our populace, budgetary allocations to solving issues relating to them should be increased from the usual less than twenty percent.

The second part of the two-pronged approach to combating maternal morbidities and mortalities, Service Providers should further intensify the monitoring of antenatal and post-natal care activities rather than depending on filled-in forms for their reporting. ANC counseling sessions particularly on birth preparedness and complication readiness need additional face-lift. This will further reduce the reliance of pregnant women from accessing traditional medicines/concoctions during pregnancy and child birth. It will also augment efforts being made to solve 'big' hurdle on the 'Three Delays' conceptual framework is a comprehensive approach in connecting the 'pieces,' i.e. the events and stories, particularly on the delay in deciding to seek appropriate medical help for an obstetric emergency which is influenced by the actors involved in decision-making; socio-cultural factors; distance from the health facility; financial and opportunity costs. The write-up emphasis' this because, the 2010 PHC revealed that 33.1 percent of the proportion of the population has never attended school in the rural areas of Ghana, which is more than two times that of the urban area of 14.2 percent.

It is commendable that to address the slow progress in maternal mortality, the government has outlined an MDG Acceleration Framework (MAF) for maternal health. This policy has been yielding positive results in the implementation of safe motherhood programs in Ghana. However, Government could reduce budgetary allocations on other sectors to support this policy in terms of fiscal allocations.

Education, on the other hand, is a major protective factor for early pregnancy: the more years of schooling, the fewer early pregnancies. There is limited sexuality education in many Ghana to say the least. A global coverage measure related to sexuality education estimates that only 36 percent of young men and 24 percent of young women aged 15-24 in low- and middle-income countries in Ghana have comprehensive and correct knowledge of how to prevent HIV and respond appropriately to complications in pregnancy. Having babies during adolescence has serious consequences for the health of the girl and her infant, especially in the rural areas. In some areas, adolescents are less likely than adults to obtain skilled care before, during and after childbirth (WHO, 2012). Pregnant adolescents are more likely than adults to have unsafe abortions. An estimated three million unsafe abortions occur globally every year among girls aged 15-19 years. Unsafe abortions contribute substantially to lasting health problems and maternal deaths. After all, education on sex is thought to be with great responsibility. It is the way of having equity and understanding the sexual phenomenon, consequences of unsafe sex, and the overall healthy sexual life. The ministry of Education could intensify this aspect of education to reduce the figures of teenage pregnancy which often result in unsafe abortions among school children.

The only room which has never been full is the room for improvement. Others would view this argument differently, but all will lead to the betterment of generations unborn.

It is hoped that, if the above lines of action are taken, our female sect of the population will enjoy a level of transformation and development that will propel Ghana to the shores of greatness.