What's the worst that can happen to me, I won't apologise -Gabby 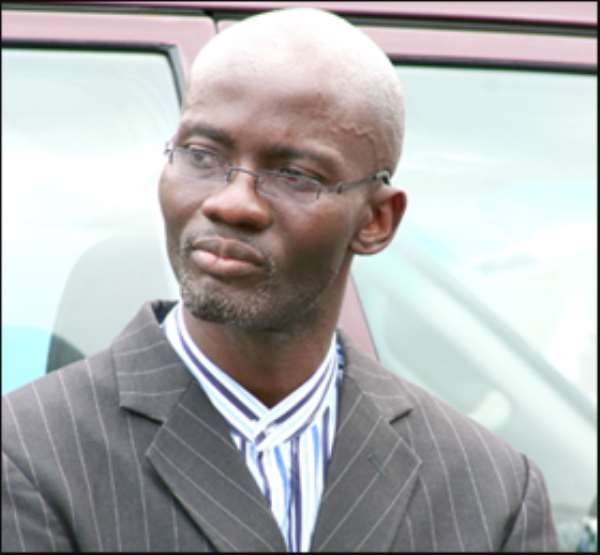 The Executive Director of the Danquah Institute, Mr Gabby Asare Otchere-Darko says he does not intend to apologise to the Supreme Court for his description of the Court's election petition verdict as 'corrupt'.


The comment which followed the verdict that upheld the validity of President John Dramani Mahama's election in the 2012 presidential election, has widely been deemed contemptuous.

However Gabby, a member of the New Patriotic Party, disagrees, saying he is prepared for the worse, including serving time in jail or being stripped of his title as a lawyer.

Mr Otchere-Darko, speaking on Accra-based Joy FM on Saturday, reacted to calls for him to render an apology to the nine-justices of the Supreme Court who heard the election petition for describing their affirmation of President Mahama as the validly elected president of the Republic of Ghana as 'corrupt and farcical'.

Rather than apologise, Mr Otchere-Darko reaffirmed his position, noting that, 'Yes, I said the decision was corrupt and I still think that the majority decision is a corrupt one.'

According to him, any critique of the Supreme Court verdict was not to challenge the validity of President Mahama's election but for academic purposes.

'Any critique of the decision is not to challenge the validity of the president's election because that is done. Whatever we are doing here, as far as I'm concerned is academic but it may also be useful for future decisions,' he said.

Mr Otchere-Darko further explained that his description of the ruling as corrupt was because the Supreme Court justices had downplayed the constitutional provision which mandated them to protect the constitution and make sure that the public adhered to its provisions.

'I think it's a corruption of the constitution and it's a dangerous route for the Supreme Court to take,' he added.

When prompted of the seeming state of fear his comment could engender and the subsequent calls for him to apologise, plus the likelihood of the Supreme Court or the Ghana Bar Association (GBA) inviting him to explain his comments, Mr Otchere-Darko scoffed at the hint and asked, 'What is the big deal, what is the worst thing they can do to me?'

He noted that should he be called by the GBA or the Supreme Court, he would state a defence.

Meanwhile, the Ghana Institute for Public Policy Options has referred Messrs Tsatsu Tsikata and Otchere-Darko to the GBA for disciplinary actions to be taken against them for their purported contemptuous statements. Mr Tsikata is also on record to have singled out one of the judges and accused him of lacking judicial balance and serving a political interest.

I will disappoint any MMDCE who doesn't live up to expectati...
20 minutes ago