Alan Kyerematen is not Akufo-Addo's problem (Part I) 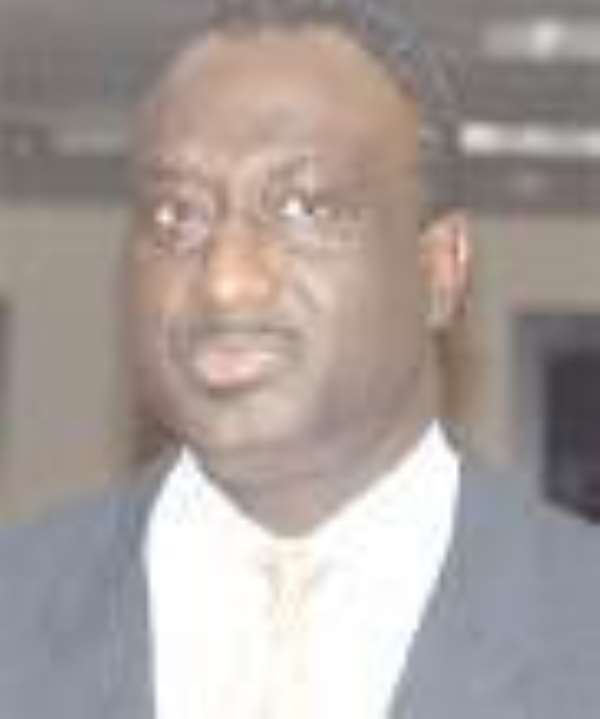 When the Supreme Court ruled against him, Akufo-Addo said he was angry at the verdict but accepted it so the country 'can move on.' He said he would take time off to rest and emerge later to announce his next move. He sealed his concession with a telephone call to President Mahama to congratulate him.

Immediately, voices from the NPP emerged to suggest that he had reached the end of the road and must not consider himself as a viable Presidential candidate for Election 2016. The main factor cited against him was his age. They argued that at 72 in 2016, he would be too old to lead the party to victory. Their suggestion was that the NPP needed to field a younger person who could attract the votes.

The furore raging in their camp against the verdict is threatening to tear them apart, especially within the context of the controversy surrounding the concession of defeat by Akufo-Addo, which virtually forecloses any attempt to seek review. Although Obetsebi-Lamptey has said seeking a review was out of the question (which conflicts with his earlier position, though), the three-man committee set up by the National Executive Council of the party to study the judgement and advise on what line of action to take hasn't yet submitted its report. There is, therefore, no definitive position on the review aspect.

Now, they are adding more fuel to the fire by turning attention to the flagbearer slot for Election 2012 instead of doing any appraisal of Election 2012 to set things right for the future. Indications so far indicate that the campaign to retain Akufo-Addo has already begun.

Frederick F. Anto (the Ashanti Regional NPP Chairman) has suggested that all presidential hopefuls within the party should shelve their ambitions and allow Akufo-Addo to go for a third consecutive time. He believes that such a move will help the party in the 2016 general elections instead of hurting its chances. He insists that Akufo-Addo must go unopposed in the party's next presidential primary elections.

He told the Daily Graphic in Kumasi on Wednesday that he had been receiving calls from party leaders in some parts of the country that Akufo-Addo should be impressed upon to contest the flag-bearer slot again.

Anto says he will impress upon other presidential hopefuls, if need be, to put their ambitions on hold and allow Akufo-Addo one more chance. 'This is not the first time that we are asking everybody to shelve his political ambition in our party In the 2004 elections, nobody was asked to contest President John Kufuor because he was a sitting President If anybody had contested him, the impression would have been created that the President was not doing a good job. So people understood it. People had to sacrifice their personal ambitions for that cause,' Mr. Anto noted.

Here are his reasons for insisting on an Akufo-Addo flagbearership:

The NPP will be better off taking Akufo-Addo the 2016 elections since he has the wherewithal to clinch the much-needed victory.

Akufo-Addo is an astute politician with unquestionable pedigree.

Anto has discounted arguments that by 2016, Akufo-Addo will be 72 years old and not physically fit for the challenges of the Presidency. Thus, those using the age factor against Akufo-Addo are 'living in the dark'.

The NPP should take a cue from the NDC, which presented the late President Mills three times before he beating Akufo-Addo in the run-off to become President in 2008.

Obetsebi-Lamptey waded in to say that 'there is a huge clamour within the party for Nana Akufo-Addo to run again in 2016'. He also told Joy FM that there was no provision in the party's constitution debarring any NPP member from contesting the party's presidential slot for the third time.

His claim that the NPP is stronger after losing out in court 'because the common grievance of electoral fraud in the 2012 election is uniting the rank and file' is not worth my bother.

The debate (call it a controversy if you may), began when Kwadwo Owusu Afriyie (NPP General Secretary) told XYZ News in an interview shortly after the election petition verdict that Akufo-Addo is still the party's best bet for winning the 2016 elections.

Two main reasons emerging to support the resistance against Akufo-Addo are the age factor and the need for him to go through the processes at the primaries and not be given any preferential treatment and imposed on the party. A veiled reason may also be an Akufo-Addo 'fatigue', meaning that the party's members may now be despondent at his successive defeats and want to see a new face lead them.

Dr. Arthur Kennedy and Dr. Konadu Apraku (two of the unsuccessful aspirants for the flagbearership) have already complained. The Greater Accra Regional Youth Organizer, Michael Ampong, buttressed the agitation when he said that any attempt to impose Akufo-Addo on the party for Election 2016 will be resisted, apparently because he has to go through the processes just as any other aspiring candidate should.

Some of the names speculated for the flagbearer slot include two-time Aspirant Alan Kyeremanten who is widely perceived as the next in succession; former General Secretary and MP for Okere, Dan Botwe; former Campaign Director of Akufo-Addo in 2012, Mr. Boakye Agyarko; Akufo-Addo's 2012 running mate, Dr. Mahamudu Bawumia; former Information Minister, Oboshie Sai-Cofie; former Trade Minister Dr. Kofi Konadu Apraku; and former Ambassador to the US, Isaac Osei. We expect more to join the line.

Anto told XYZ Breakfast Show host Moro Awudu on Thursday that he will personally try to convince Alan Kyeremanten, Dan Botwe, and the rest to delay their ambitions for the greater good. 'Nobody is imposing anybody on the party. Nobody can do that in our party but the point is that, people should analyse the situation and come out with a good decision'.

His 'strong campaign for the retention of Akufo-Addo as the party's presidential candidate for Election 2016' is coming at a time that the dust hasn't even settled on the Supreme Court's hearing of the NPP's petition against Election 2012 for the leaders to know the extent to which the refusal to accept defeat at Election 2012 and the consequent dismissal of their petition has harmed the party's interests. They haven't even yet assessed the impact of all that has happened to know what went wrong and how to prevent a recurrence.

Instead, they've begun piling one problem after the other on the existing ones. Obviously, they are doing more harm to themselves. They have narrowed issues down to who should be the flagbearer instead of delving deep into the causes of Akufo-Addo's defeat to make amends. Elections are won or lost in many ways, but the most obvious is the nature of candidate contesting the elections.

Personal accomplishments alone can't be the trump-card to play at elections. For Akufo-Addo, many factors were at play, which may not necessarily be considered in the case of any other person who leads the NPP to future elections. Peculiarities matter a lot!! That is why the attempt to portray Alan Kyerematen as the major stumbling block for Akufo-Addo that must be cowed into submission is misplaced.

Unfortunately, the NPP leaders seem not to know that problems existed to cause Akufo-Addo's defeat in the two elections (2008 and 2012), which should be dispassionately scrutinized and tackled. They've closed their minds to those problems and are behaving as if those problems lie elsewhere. They don't. They lie squarely in Akufo-Addo's own bosom and on the laps of the party itself, its leaders, and general membership. We will identify some of the major problems to comment on for their attention.

Of all, Akufo-Addo's own personality problems were fundamentally responsible for his defeatand will continue to be his undoing unless tackled. Some of these problems will defy solution; others may be set right, depending on who does the handling and how the tackling is done. We will be frank here to say that the major inadequacies of Akufo-Addo surfaced before Election 2008 and concretized thereafter, leading him in a bad light toward Election 2012.