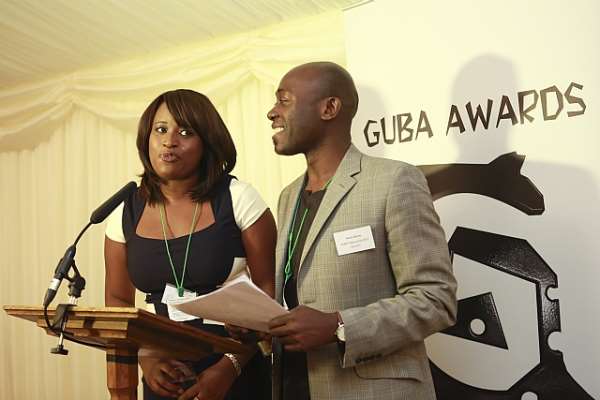 The nominees and Black star award recipients for the 2013 Ghana UK Based Achievement (GUBA) Awards were revealed at a star studded press launch at the House of Commons on 5th September 2013; presided over by MP Diana Abbot and with Ghana's Ex Minister of information Fritz Baffour.

This year's stellar line up of the Black award recipients include Mr. Herman Chinery-Hesse, who is receiving the Exceptional Achievement Award for his pioneering role in the evolvement of software development and implementation in Ghana and England's most capped player of all-time, footballer Rachel Yankey MBE receives the Sporting Achievement Award and finally MOBO awards founder, Kanya King also receives the Enterprise Mogul Award for her accolades and achievements in creating, developing and diversifying the esteemed MOBO brand.

GUBA Founder Dentaa remarks; 'GUBA 2013 is gearing up to showcase great and inspirational achievements and gifted talents within the British -Ghanaian community - it is a promise that the award night will not only be one of class and entertainment but an uplifting occasion also.'

Incredible calibre of musicians forms the nominees of the Artist of the Year category, which includes Clement Marfo, Sway, Fuse ODG, Tinchy Stryder and Lethal B. Vying for an award in the African Fashion Fusion category are Mina Evans, Duaba Serwaa, Christie Brown and JIL Boutique - Ghana based designers whose wares have amassed a rapid popularity and appreciation, not only in Ghana but also in the Diaspora.

In its fourth year, the prestigious GUBA Awards Ceremony will take place at the lavish Park Plaza Riverbank Hotel on the 16th November; on the night, proceeds from a raffle and auction will go towards the GUBA Children's Foundation Charity - which is currently working on autism projects

- For a description of all of GUBA 2013 nominees please visit www.gubaawards.co.uk

GUBA 2013 Nominees List
The GUBA categories are divided into sections that represent the Ghanaian flag, i.e.

red, gold, green and the black star;
Red represents the blood of those who died in the country's struggle for independence

Gold represents the mineral wealth of the country -

AMARJARO AND GHANA HIGH COMMISSION CORPORATE BUSINESS OF THE YEAR