NPP, NDC Must To Get To Work For Ghana And Stop The 'Pissing' Contest

By Young Liberals Party Of Ghana 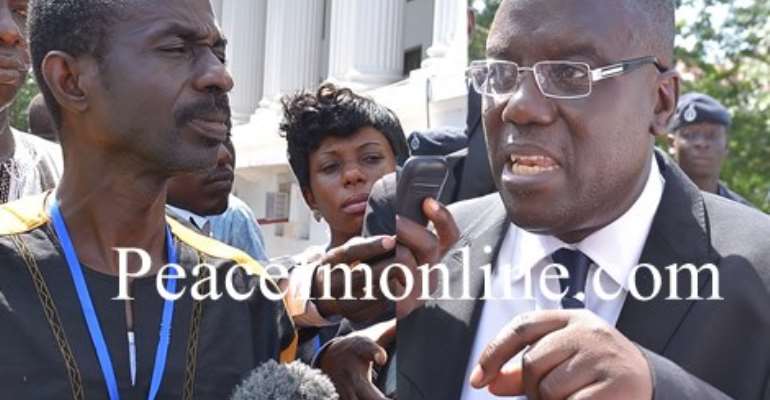 A founding member of the Young Liberals Party of Ghana Mr. P. Akuamoah, has called on Government to refrain from contributing to saga being created by the enemies of progress in the country, namely the NPP members who are bent on shying away from their full contribution towards the development of our nation, and are greedily pursuing meaningless reviews and un-wanted delayance of much needed developmental projects for Ghanaians that if they (NPP) were part of, could speed up progress in our country as well as bring some comfort to thousands of Ghanaians that today are in limbo due to the un-wanted ranting by persons supposed to be politically matured and civilised.

Speaking to a group of youth organisations in the Cape Coast area, Mr. Akuamoah said, Ghana can not afford to go through another 9 months of review pregnancy, only to abort due to mal-nutrition of distorted facts and figures. Politicians, in the country must be able
to think outside the box and bring those wasting Ghana's time to the realms of common sense., because our development as a country , at this stage is very crucial to what the lives of the young people would be in the next 10 to 15 yrs.

He said, instead of our country's public and political figures rallying behind a road-map that would prevent disasters like GYEEDA and the likes, they are disgracefully pocketing monies paid to them by Radio stations for interviews.

Ghanaians , by and large , are relief to know that the Supreme Court drama is over and the Young Liberals Party of Ghana commends the honorable gesture and posture that the NPP flagbearer Nana Akufo-Addo took in accepting the verdict, which some may view as a defeat to his personality, but can also be seen as a victory to his personality as a peacemaker and not a war-monger.

We should all dare to challenge our leaders to get back to work, and get the seat or machinery of Government working to resolve the Health , Education, Immigration and Security challenges our nation faces, because in tackling these challenges, employment could be generated for the hundreds of thousand young unemployed people that find themselves scavenging to make ends meet.

The Young Liberals Party of Ghana, wishes to adopt the GYEEDA report, and therefore calls for all Ghanaians to come on board to design an instrument that is practical , transparent , executable and able to give the young people of our country hope that they too can find decent jobs, and contribute to make our country a better place to live.

The failure to do this would spell a very discomfortable future for the old people, whom the youth would be taking care off in the coming years. Social Media has broken down the social fabric of our civil society so government should be working on ways to manage and uphold our heritage as well he concluded.

Long live Ghana and all those working to make our country a better place to live in.