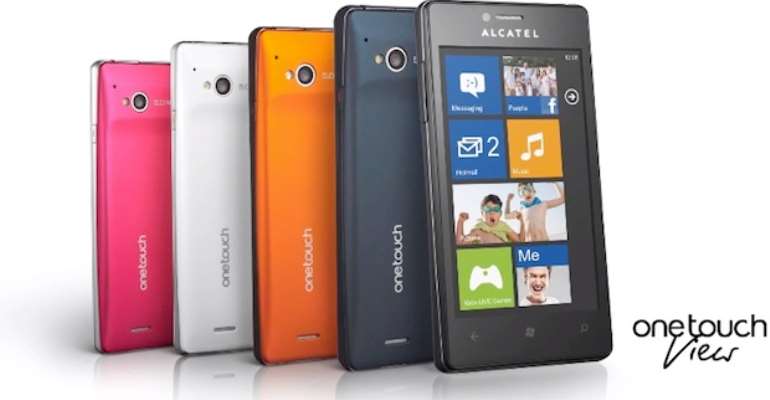 It said the handset also comes with touch pens, which enables the user to easily capture and express ideas.

The release said 'the magnetic MagicFlip makes sure the handset stays in a perfect,  scratch-free state no matter how much adventuring is done.'

In terms of specifications, the One Touch Scribe HD comes with a quad-core 1.2GHz processor running on the Android Jellybean, which means that 'everything functions at lightning speed.'

It is 3G+ compatible and functions at a speed of 42Mbps, which gives the user a superfast online connection.

Its Wi-Fi display also allows the user to connect the phone to any Wi-Fi LED Television set and enjoy the same quality picture view of movie or soccer match from the phone.

The handset has a 4GB internal memory and 1GB operating memory.

All the usual social media suspects such as Facebook and Twitter, once they are worthy, are already preloaded.

Meanwhile, tiGO is expected to soon announce a special data package for those who purchase the Alcatel One Touch Scribe HD on Tigo.