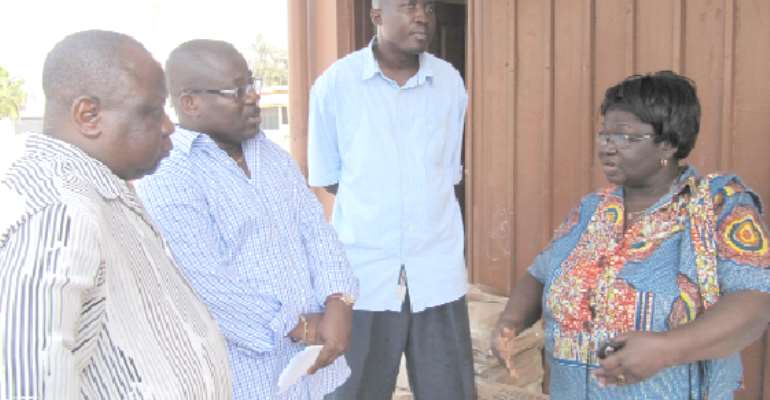 The Ghanaian Taxi Drivers Association of New York in the United States of America has donated items worth GH¢2,500 to the Osu Children's Home in Accra.

The Chairman of the union, Nana Opoku, presented the items, made up of disinfectants and food, to the manager of the home, Mrs Sharon Abbey.

Nana Opoku, who was accompanied by welfare committee members Jeff Adjei and Elvis Egbenyah, said they thought it wise to assist less fortunate children in the country, since they undertook philanthropic work in the US as well.

He indicated that the union would  give something to the Osu Home annually, depending on the request it received from the institution.

Mrs Abbey thanked the New York taxi drivers and prayed for divine guidance to enable them to do more for the home in the future.

She said the home urgently needed to replace its old bus, since it had become extremely expensive to maintain it.

She also said it needed more plastic chairs for its social centre.

The union, which has a membership of 120 Ghanaian taxi drivers, was formed in the Bronx area of New York six years ago. It is basically a benevolent organisation that supports its members in times of need and also gives to some charitable causes in the US.

Galamsey fight: Four Chinese nationals to be deported
43 minutes ago

Gov't must opt out of Sputnik-V vaccine procurement contract...
43 minutes ago