Atuguba Flies To America And So What?! 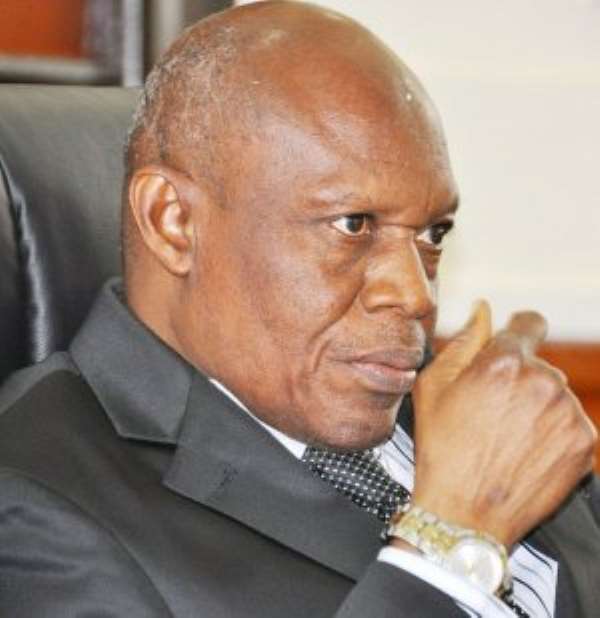 For those who may not know this, in the lead-up to the Election 2012 Presidential Petition Hearings, Justice William Atuguba was hosted at a fairly well-attended lecture on Ghanaian jurisprudence, here in New York City, by Fordham University, the renowned Jesuit academy. The lecture was moderated by Dr. Victor Essien, my sometime attorney, private legal practitioner and law professor of Fordham University.

I personally did not attend the Atuguba lecture, because I was mildly under the weather; but primarily, I did not attend the lecture, because I did not find the lead-jurist in the Election 2012 Presidential Petition Hearings to be of any remarkable consequence in the mega-scheme of the progressive destiny of Ghanaian jurisprudence. For starters, like Mr. Francis Yaonasu Kpegah, the rabidly anti-Akan Trokosi Nationalist, before him, Justice Atuguba is a vintage Rawlings appointee who may well have been selected more on the basis of Affirmative Action, of having an "Atinga Face" on the Supreme Bench. This is what we, New Yorkers, call "token appointee" or tokenism.

I am not in any way suggesting that Mr. Atuguba is not qualified to sit on the Supreme Court; what I am clearly, and unabashedly, suggesting here is that Mr. Rawlings' motive for seating the former on the august Court may have been more politically motivated than anything else. The objective of this article, however, is to rejoin a news report captioned "Atuguba Flies to America" that appeared in the Sept. 5, 2013 edition of Ghanaweb.com and was sourced to the Daily Guide.

The beef, or bone-of-contention, of the writer is the cautionary note issued from the supreme bench of the nine jurists who heard the 2012 Presidential Petition, to the effect that many of the politicians publicly inciting mayhem, in the event of the verdict going out of their favor, might have already purchased foreign visas and air-plane tickets for their relatives and close associates to ship out of the country, as it were, in the event of the outbreak of such national conniption.

The Daily Guide writer's point is that Justice Atuguba and his associates are no less morally cynical than the politicians whose motives they presume to disdain, because in the wake of the handing down of their verdict, most of these jurists have embarked on pre-verdict booked flights abroad.

The preceding argument is lame because even as the author-critic readily admits, these fly-outs of the Atuguba Gang, for want of a more convenient term, comes at just the right moment, when the members of the Court are on vacation. And what better chance than for these jurists to fly abroad and healthily cool off from, perhaps, the most cognitively frying and physically exacting moment of the professional careers?

In the part of the world where I have been a resident for nearly three decades, taking seasonal breaks from the indubitable tedium and humdrum of judicial praxis is a pedestrian matter of course. But even more significant is the fact that strategically convenient booked flights or not, there is absolutely no way that Mr. Atuguba and his associates would have been able to escape unscathed, if violence had broken out all across the country in the wake of the Supreme Court verdict.

You see, the Daily Guide writer-critic ought not to forget that we live in a globalized Internet Age, where Marshall McLuhan's "Village" has actually become one residential city block.