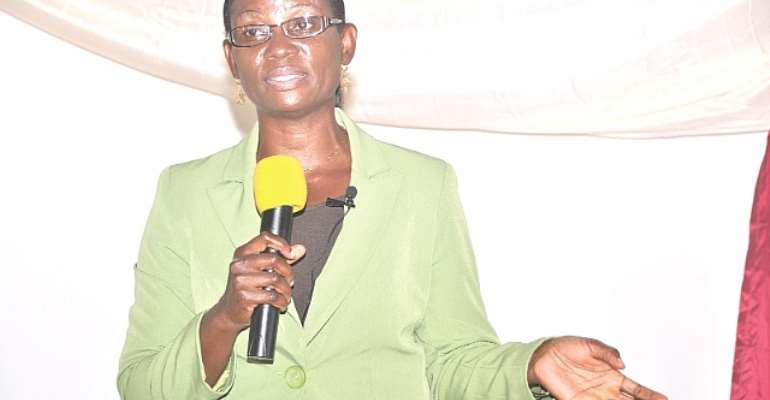 The project by the Biotechnology Nuclear Agricultural Institute of GAEC will minimise the procreation of the mosquito vector to help reduce the incidence of malaria and other mosquito-borne diseases in the country.

The project, which is, however, facing challenges with funding, uses a sterile insect technology in which millions of male mosquitoes which were specially selected as vectors at the laboratory and made impotent through a method known as irradiation will be released into the atmosphere to mate with female Anopheles mosquitoes that cause malaria and other mosquito-borne diseases.

The Director of the Radiological and Medical Sciences Research Institute (RAMSRI) of GAEC, Dr Mrs Mary Boadu, who made this known at the third public lecture as part of activities marking the 50th anniversary of the commission, said although the male vectors could mate with female mosquitoes, with the irradiation they would not be able to fertilise their eggs and, therefore, reduce their procreation.

However, Dr Mrs Boadu said the success of the project would require the concerted effort of neighbouring countries, as mosquitoes knew no boundaries and people were changing their attitudes towards the environment.

She said an earlier experiment the institute did with tsetseflies had been a huge success and it was being replicated with mosquitoes as a way to help reduce the malaria burden of countries.

She said the impact of nuclear science and technology had so far not been appreciated, even though nuclear technology had been utilised over time to diagnose and treat diseases for which tremendous benefits had been accrued for healthcare delivery in the country.

According to her, nuclear energy was being used in research and development activities which included the molecular diagnosis of infectious diseases, radiation and cancer biology, nutrition, medical physics and radio-pharmacy, agriculture and radiation sterilisation.

In the area of cancer diagnosis and treatment, Dr Mrs Boadu said through nuclear science, cancers were detected early for treatment.

However, she bemoaned the attitude of people refusing to report to the health facilities on time for detection and treatment of serious cases such as cancers.

She said with the early detection of any form of cancer, treatment became easier, more effective and less costly, compared to when they were detected at their advanced stages.

A consultant oncologist at the Korle-Bu Teaching Hospital, Dr Verna Vanderpuye, who chaired the lecture, said cancer treatment was very scientific and people should seek better treatment whenever they were diagnosed with the infection, instead of using unorthodox means to treat it.

She called on people to ensure that any infections that they contracted were treated promptly and properly because if they were not treated well they could lead to cancer.

She said less than one per cent of cancers were inherited, while 30 per cent were related to chronic infections, with obesity and diet causing about 20 per cent of all cancers.

'Give peace a chance', ICoast ex-president tells police
27 minutes ago