Understanding Consequences Of A Stroke 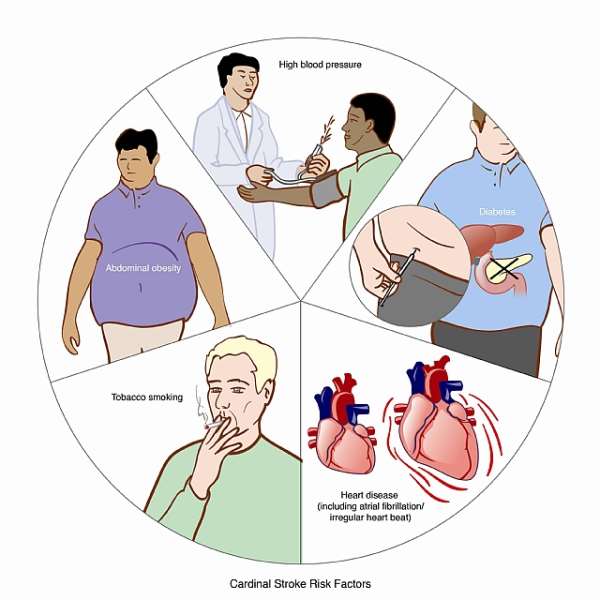 A stroke is merely a sudden impairment of brain function resulting either from a substantial reduction in blood flow to some part of the brain or from intracranial bleeding. The consequences of stroke may include transient or lasting paralysis on one or both sides of the body, difficulties in speaking or eating, and a loss in muscular coordination. A stroke may cause cerebral infarctions or dead sections of brain tissue. Smoking, high cholesterol, diabetes, aging, and heritable defects are among the major risk factors of stroke.

The most common cause of stroke is a blood clot or thrombus that has formed within a blood vessel of the brain. A blood clot also can lodge in an artery supplying brain tissue after originating in another portion of the body and traveling to the brain. This is known as an embolism. A myocardial infarction or heart attack may arise due to damage to a heart valve which may lead to an irregular heartbeat called atrial fibrillation that predisposes to blood clots that may reach the brain. Both types of clots reduce or stop the flow of blood to brain cells. During the early stages of stroke from a blood clot, the condition may be further complicated by the leakage of blood and fluid into the surrounding areas due to edema.

Stroke can also occur as a result of atherosclerosis, the buildup of fatty deposits on artery walls. Atherosclerosis can cause intermittent insufficiency in the flow of blood due to spasm of the arteries or the sludging of the blood as it passes through segments of vessels that have been narrowed by fatty deposits.

A hemorrhagic stroke, involving intracranial bleeding, may occur after an artery ruptures, usually as a result of a weakening of the arterial wall because of atherosclerosis or because of a thinning of the wall along with bulging or aneurysm, often due to hypertension. Aspirin reduces predisposition to stroke but should not be used in clients who have had a stroke before because it may worsen bleeding tendencies especially if the cause was due to hemorrhage.

Transient ischemic attacks, or mini-strokes, result when long, thin arteries penetrating deep into the brain become blocked by atherosclerosis, causing areas of surrounding tissue to lose their blood supply. The tissue may then wither, creating minute holes, called lacunes. A succession of transient ischemic attacks over the years can riddle the brain, causing dementia.

The initial onset of stroke may be massive in its effects, producing widespread paralysis, inability to speak, coma, or death within a short time, usually within several hours or days. On the other hand, the onset may be manifested by a series of transient ischemic attacks during which the patient may experience weakness and numbness of an arm, a leg, or a side of the face. There may be temporary difficulty in speech, confusion, or visual disturbances. Transient ischemic attacks may recur many times, but they are usually followed eventually by more widespread and permanent paralysis.