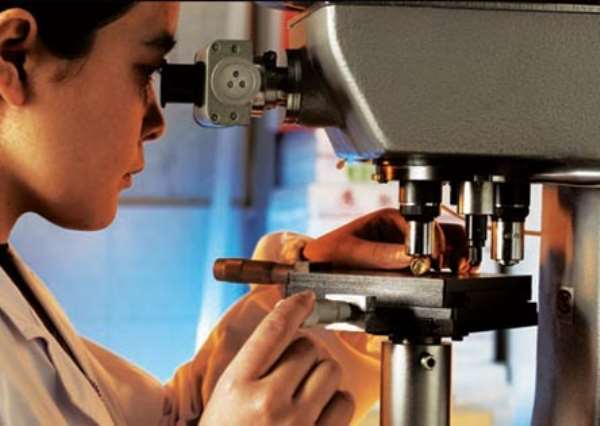 The process of formulating a diagnosis is called clinical decision making. The clinician uses the information gathered from the history and physical examination to develop a list of possible causes of the disorder, called the differential diagnosis. The clinician then decides what tests to order to help refine the list or identify the specific disease responsible for the patient's complaints. During this process, some possible diseases (hypotheses) will be discarded and new ones added as tests either confirm or deny the possibility that a given disease is present.

The list is refined until the physician feels justified in moving forward to treatment. Even after treatment is begun, the list of possible diagnoses may be revised further if the patient does not progress as expected. The motive behind this article is to highlight the challenges of clinical decision making in a community where record keeping for patient's notes is poor and many guesses have to be made at each patients visit.

The hypotheses made at every patient's visit are ranked with the most likely disease placed first. Sometimes, however, a less likely disease is addressed first because it is more life-threatening and could lead to serious consequences if not treated promptly. Following this course, the possibility of a heart attack would be eliminated first in a patient experiencing chest pain and appendicitis would be the first condition to be addressed in a child with abdominal pain, even though another less serious disease is more likely. If a patient maintain the same clinician for some time it becomes less difficulty to establish a diagnosis as that health practitioner becomes acquainted with the illnesses the patient experiences over a given life time and environment.

A clinician uses an algorithm to arrive at the diagnosis. An algorithm by definition is a sequence of alternate steps that can be taken to solve problems or it is a decision tree. Starting with a chief complaint or key clue, the physician moves along this decision tree, directed one of two ways by each new piece of information, and eliminates diagnoses. If the wrong path is taken, the physician returns to a previous branching point and follows the other path. Computers can be used to assist in making the diagnosis, however, they lack the intuition of an experienced physician and the nonverbal diagnostic clues obtained during the interview.

Diagnostic tests rarely establish the presence of a disease without doubt. The greater the sensitivity and the specificity of the test, the more useful it will be. Ordering too many tests poses significant danger, not only because of low cost-effectiveness but also because a falsely abnormal test result requires a further series of tests to prove or disprove its accuracy. This further testing may involve additional discomfort, risk, and cost to the patient, which is especially unfortunate if the tests need not have been ordered in the first place. It is just as important to know when not to order a test as to know which tests to order.

We have noticed with dismay the increasing number of false or exaggerated interpretation of medical results to alarm the patient or client at that time in order for them to spend more on their medical fees. We had a client in February, 2012 who came with positive malaria (2+) taken thirty (30) minutes after from our institution the test came out negative when the patient had not even started his/her antimalarial treatment. This year (2013) same month we happened to meet the same patient who testified that he had not taken any antimalarial treatment from that time but his/her malaria was cured by the way he was feeling (fit). This client tried to find out from us as to what would have really happened but we excused our self by indicating that we are to junior to explain some miracles of your magnitude, instead guard your pocket jealously. We then decided to echo an old adage which says 'If you choose your Doctor then you would have chosen your condition' to the patient so that we alive at some conclusion together. It is also somehow surprising how patients become so much in love with some 'light skinned' doctors who can't even speak their language but expecting such physicians to understand them and at the end give them medicines labeled in 'jebbrish' or Arabic when they themselves understand only English. Well, a clinician is not a sorcerer to predict your condition and language barrier makes it even difficulty for him/her to arrive at your diagnosis.

An important feature of clinical decision making is the ongoing relationship between the physician and patient. The knowledge a physician gains in caring for the patient for a long period of time can provide greater insight into the likelihood of a given disease being present. When the symptoms are caused by emotional factors, the familiar personal physician is more likely to accurately diagnose them than is a physician seeing the patient for the first time.

Also, a lengthy and trusting association with a physician will often positively influence the patient's outcome. Thus, sporadic visits to the emergency department of a hospital, where physicians who are unfamiliar with the patient are asked to provide diagnoses and treatment without the benefit of this partnership, are more likely to be inefficient, expensive, and less personally satisfying.

Early in the course of a disease, decisions must be made with fewer clues to the diagnosis than are likely to be available later. One of the most difficult tasks in medicine is to separate, in the early stages of an illness, the serious and life-threatening diseases from the transient and minor ones. Many illnesses will resolve without a diagnosis ever being reached. Nevertheless, an illness may remain undiagnosed for months or years before new symptoms appear and the disease advances to a stage that permits diagnosis. An example is multiple sclerosis, which can present with nothing more than transient blurred vision and may take years before other more specific symptoms appear.

Patients often have undifferentiated complaints that can represent an uncommon serious disorder or a common but not very serious disorder. For example, a patient may experience fatigue. Depending on the patient's family history and personal background, the physician may think initially of depression and next of anemia secondary to gastrointestinal bleeding. A variety of less likely disorders will follow. Anemia is easy to rule out with inexpensive hemoglobin and hematocrit tests. These tests should be ordered even if depression is the correct diagnosis because anemia may contribute to the weariness and should be treated as well. Depression can be diagnosed with appropriate questioning and a physical examination may eliminate many other diagnostic possibilities.

In conclusion, clinicians all over the world maintain high ethical standard in their line of duty and to arrive at the best diagnosis requires a good rapport between patient and Doctor. There are many challenges towards arriving at the final diagnosis starting from laboratory diagnostic tools, poor record keeping, migration, language and patient personal factors like lack of confidence and patience in your course of therapy. Many a time patients end up having serious complications over simple conditions that could have been treated locally. We can't shake it over our heads that you were busy agreeing with us on many issues we raised in this article but our advice is that have a physician that would constantly review you for chronic or acute conditions that you might be experiencing. We appreciate your feedback because your health matters, hence, get back to us on any other challenges in your area and we will get back to you through an appropriate media.