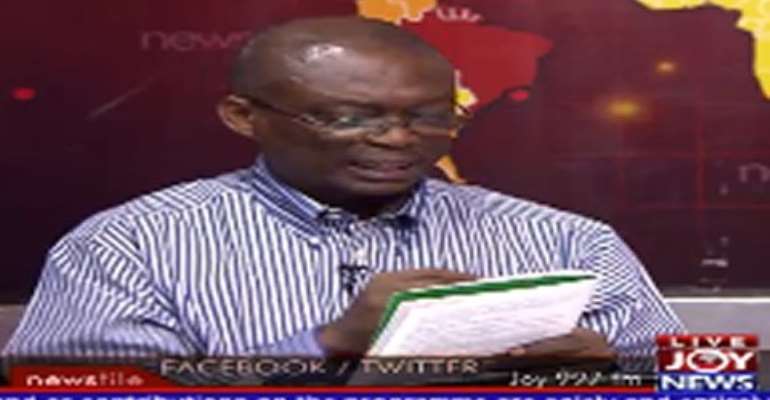 The Editor-In-Chief of the New Crusading Guide newspaper, Abdul-Malik Kweku Baako has advised the opposition NPP to shelve any contemplation of seeking a review of the Supreme Court's verdict on the election petition.

Seeking a review of the Supreme Court's decision dismissing the petition, he said, contradicted the position of the First Petitioner and Flagbearer of the party in the 2012 elections, Nana Akufo-Addo who barely an hour after the verdict gallantly accepted the ruling and declared that he would not seek a review in the interest of peace.

According to Kweku Baako, openly contradicting the flagbearer of the party will create credibility problems for the party.

The NPP after the Thursday, August 29, ruling set up a three-member committee made of former Attorney-Generals, Papa Owusu Ankomah, Joe Ghartey and Ayikoi Otoo to review the judgment and advise the party accordingly.

Suggestions have been made that the National Council of the party may order the Second and Third Petitioners - Dr. Mahamudu Bawumia and Jake Obetsebi-Lamptey respectively - to go for a review given that the petitioners lost by just one vote on all the key issues - over-voting, voting without biometric verification and pink sheets without signatures of presiding officers.

But the managing editor of the New Crusading Guide newspaper believes the contradictory stance is making the party look "inherently incoherent".

This tale of two positions taken by the flagbearer and the party is not what the party needs at this time, the senior journalist said.

He explained via text message on Metro TV's Good Morning Ghana that "all this paints a picture of internal incoherence and lack of firmness, [and it is] not good enough"

The Managing editor said the NPP was at a crucial point in its history and the party's actions and thoughts needed to show "clarity and consistency."

MP for Okere, Dan Botwe, said the National Council of the party which is the highest decision-making body will be the final authority to determine whether the party should seek any review.

He said it is important to work within the structures of the party in taking decisions because, the NPP does not have any provision for a party leader.