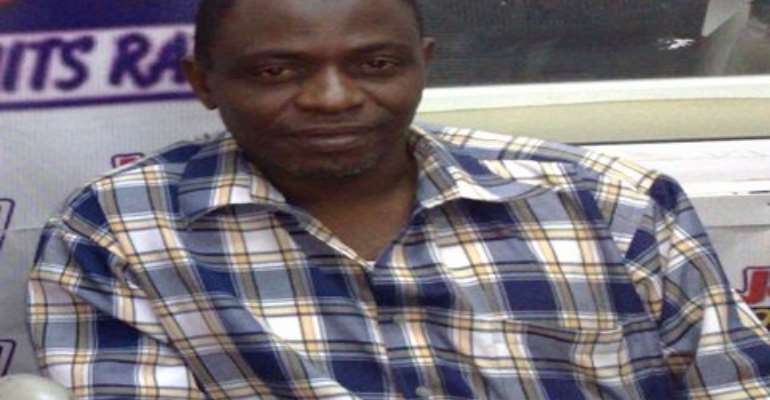 Their return to the team is expected to give head trainer Kwesi Appiah a major selection headache ahead of the hugely-anticipated clash in the country's second largest city of Kumasi.

Coach Appiah faces a tricky decision before he finalizes his squad for the game following the availability of many key players.

The job of the ex-Ghana captain has been made even more difficult by the fact that most of the experienced and top-notch players have hit top form ahead of the fixture against the Chipolopolo.

But the ex-Hearts of Oak great has advised the Ghanaian trainer to leave the three experienced players on the bench.

“It's not a done deal for them. He should not fix them from the start. If I was in Kwesi Appiah's shoes, I will let the three players start from the bench,” Polo told Asempa FM

“He has his team already. It's not proper how they have given the coach problems.

“Now that they are back, do they expect him to start them? I don't think so.

“It's not proper. He should stick to the core of his team. Those who have been involved in this qualifier should be given priority.

“Essien, Kelvin and Andre can come in at some point in the second half. But in mycandid opinion, the coach should not start them.”

Essien has missed almost all of Ghana's games since the 2010 World Cup through a combination of serious knee injuries and a sabbatical.

As a result, he was absent from the last three major tournaments for his country: the World Cup in 2010 and the 2012 and 2013 African Cups.

Boateng retired from internationals in 2011 but the AC Milan midfielder said in a letter to the Ghana Football Association last week that he was now available again with the World Cup in Brazil less than a year away.

Marseille winger Ayew also was named again in coach Kwesi Appiah's 26-man squad after being left out for this year's African Cup in January and February because he didn't arrive at a training camp in time and then made himself unavailable.

He and his brother, striker Jordan, have also announced their return from self-imposed exiles, although Jordan was not included in this squad.

Prof Naana Jane stings NPP on Corruption: 'Not even family i...
17 minutes ago