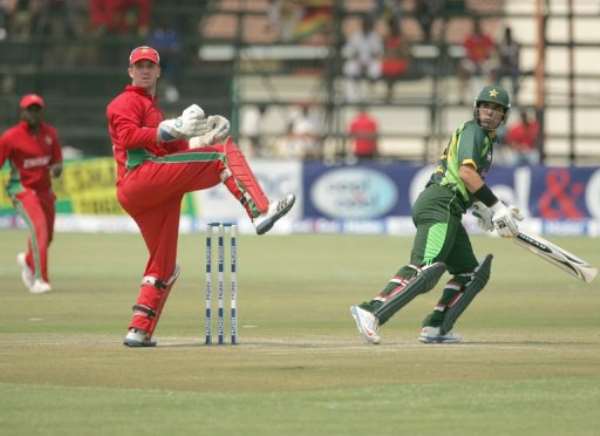 HARARE, Harare Province (AFP) - Zimbabwe won the toss and decided to bowl in the first Test against Pakistan at the Harare Sports Club on Tuesday.

Regular Zimbabwe captain Brendan Taylor withdrew on the morning of the match after his wife gave birth to the couple's first child. The side was captained by Hamilton Masakadza.

The withdrawal of Taylor, Zimbabwe's leading batsmen, was the latest setback for the host nation following a pay dispute which threatened to prevent the match from taking place.

The players only agreed on Monday to play following a commitment by their board to pay outstanding salaries before next week's second and final Test in Bulawayo.

Zimbabwe fielded an inexperienced bowling line-up, following the retirement of Kyle Jarvis in order to pursue a county cricket career in England and Graeme Cremer's unavailability because of the pay issue.

Demonstrate diligence and honesty in your work – Outgoing KM...
49 minutes ago