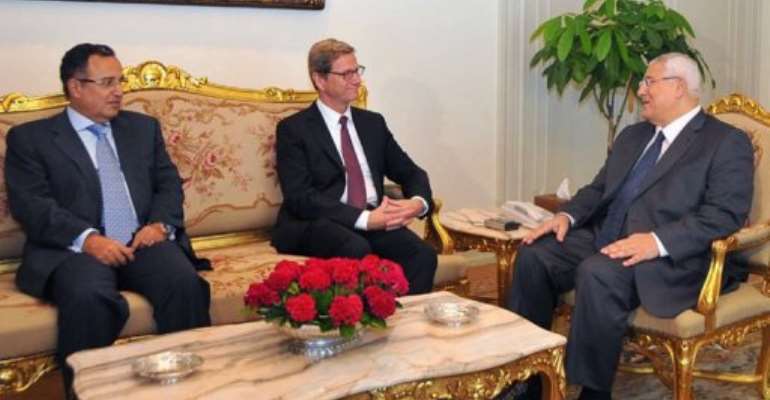 A handout picture from the Egyptian presidency on August 1, 2013 shows Interim president Adly Mansour (R) in Cairo. By (EGYPTIAN PRESIDENCY/Handout/AFP/File)

A disputed constitution drafted under Morsi was approved in a December 2012 referendum without only a 33-percent turnout.

Mansour's spokesman Ehab al-Badaoui read out the 50 names of the new panel at a press conference in Cairo.

The Brotherhood has refused to take part, arguing that Egypt's new authorities were illegitimate since the army ousted Morsi on July 3 after a wave of popular protests.

But the Islamists are represented by the Salafist party Al-Nour, which supported Morsi's ouster, sitting alongside Al-Azhar, the highest authority in Sunni Islam, and Christian churches.

The new panel has 60 days to submit a final version of the revised constitution to the interim president, who in turn has 30 days to announce the date of a referendum.