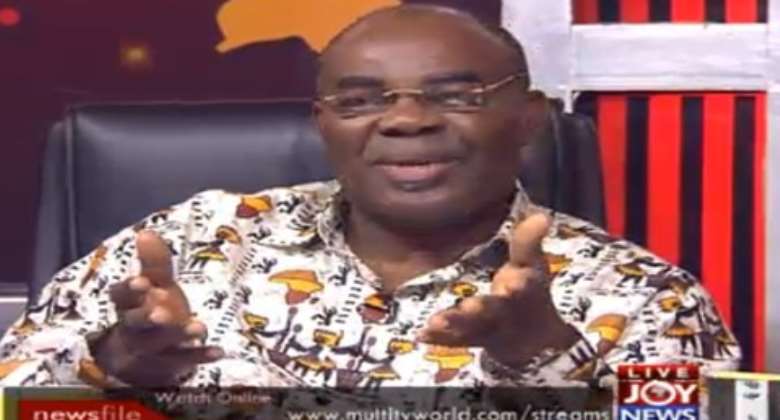 A former Attorney-General, Joseph Ayikoi-Otoo has expressed disappointment over the decision by 2012 flagbearer of the New Patriotic Party, Nana Akufo-Addo not to seek a review of the judgment delivered by the Supreme Court, Thursday.

According to Mr. Ayikoi-Otoo, Nana Akufo-Addo had a mathematical chance to mount a challenge on one of the rulings by the judges, which also generated controversy.

The Supreme Court in a split decision affirmed the declaration of John Dramani Mahama as the legitimate winner of the country's closely fought 2012 presidential poll.

But Justice William Atuguba, president of the panel of judges that adjudicated the election petition challenging the legitimacy of president John Mahama in his landmark ruling, named Justice Baffoe-Bonnie as one of the judges who dismissed the case of voting without biometric verification- one of the electoral irregularity cited by the Petitioners. He is also on record to have named the same judge as having upheld the voting without biometric verification irregularity.

The Court however on Friday, moved to correct the error. "Atuguba Adinyira, Dotse, Gbadegbe and Akoto-Bamfo, JJSC dismiss the claim relating to voting without biometric verification."

"...Baffoe-Bonnie JSC grants the claim of voting without biometric verification, cancels the votes involved and orders a rerun of the areas affected." With the correction, four of the judges have been deemed to have upheld the Petitioners' claim of voting without biometric verification, bringing the decision to 5-4 in favour of the Respondents, instead of the 6-3 (in favour of the Respondents) earlier announced by the presiding Judge.

Speaking on Newsfile on Joy FM Saturday, Mr. Ayikoi-Otoo said the closeness of the votes by the judges presented an opportunity for the legal team of the NPP flagbearer who is first petitioner, to consider a review.

He said a review could have seen the earlier ruling overturned, when two additions are made to the panel.


Nonetheless, the former A-G commended his party's leader for "downing the flame" in order to protect the peace of the nation.

Nana Ato Dadzie, another former A-G in the Jerry Rawlings-led administration, also praised the opposition leader for acting in a manner that has deepened democracy in Ghana.

Nana Ato Dadzie who was a member of the legal team of president Mahama, first respondent, described Nana Addo's acceptance of the judgment as a "fantastic statement" which "will advance democracy".