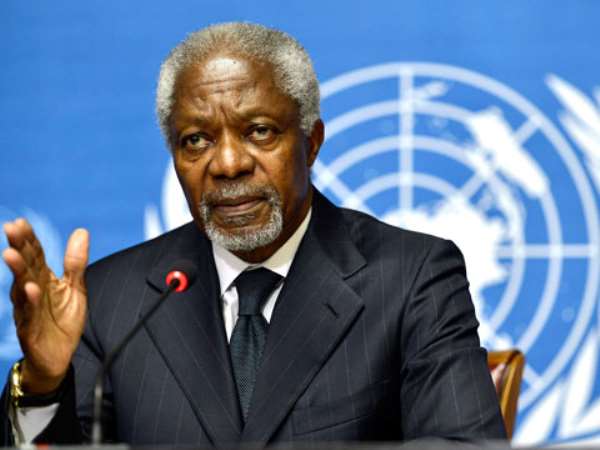 Former United Nations Secretary-General, Kofi Annan, has pointed out that the successful adjudication of the election petition "must not blind us to the flaws in our electoral system that the judicial review has brought to light".

He has therefore pushed for reforms in Ghana's electoral system to address the flaws that were identified during the hearing of the election petition challenging John Mahama's presidency.

The Former UN Sec-Gen made the comments in a statement he issued a day after the Supreme Court dismissed the petition by the opposition NPP challenging President Mahama's legitimacy.

'I congratulate President Mahama on the confirmation of his electoral victory, and the Supreme Court for its rigorous examination of the complex questions that came before the Court for adjudication.

"I also congratulate the New Patriotic Party and its leader, Nana Akufo-Addo, for the spirit of responsibility that they have demonstrated by respecting the ruling of the court. By doing so, they have helped to further entrench the rule of law and deepen democracy in our country.

"That we were able to resolve this contested electoral result peacefully through our justice system is an encouraging illustration of the progress we have made as a society over the past two decades. Indeed, this transparent and impartial audit of an election by a court sets a precedent for Africa as a whole of which we can be proud. Ghana has once again lived up to its reputation as a beacon of democracy on the continent. This is an achievement in its own right, but also a solid foundation for lasting stability and prosperity.

"This success must not blind us to the flaws in our electoral system that the judicial review has brought to light. All concerned need to work energetically to ensure that these flaws are addressed through the necessary institutional reforms.

'We have a bright future to build together, as the Ghanaian people. That future begins today,' he concluded.