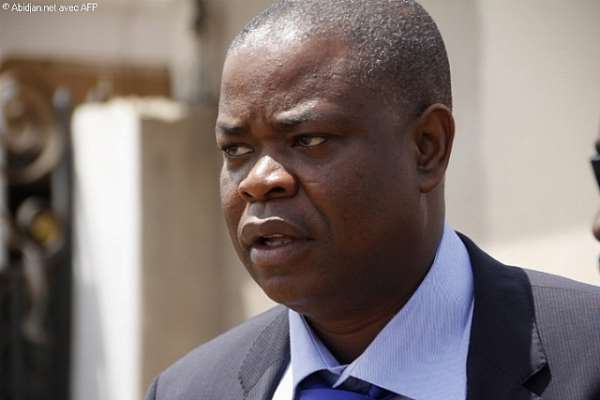 The Osu Magistrate Court on Friday acquitted and discharged Justine Kone Katinan, the former Ivorian Minister, who was facing extradition to his home land.

The court presided over by Mr Aboagye Tandoh, acquitted the ally of former Ivorian President Laurent Gbagbo on the grounds that the charges were politically-motivated and the prosecution failed to establish any case against the accused.

The Judge also said the Ivorian Parliament had purported that, Ivory Coast had signed the ECOWAS Extradition Treaty with Ghana but a list of countries, presented to the court showed the country's name missing.

The ruling was earlier scheduled for August 7, however, on the said date, Mr Mathew Amponsah, Chief State Attorney, filed an application arresting the judgment on grounds that the Attorney-General's Department had not been able to meet the deadline of filing an address in court.

Mr Katinan was facing 20 counts of conspiracy to commit crime and robbery.

He was facing possible extradition to Ivory Coast, where he was accused of organising raids on 10 banks during the last election crisis and stealing a total of 300 billion CFA francs ($592.91 million).

He was also charged with two killings committed at the height of the crisis, which erupted after Gbagbo refused to concede defeat in 2010.

The ex-minister and his allies, mostly military men, reportedly took advantage of the post-election violence in Ivory Coast and robbed eight financial institutions to assist Gbagbo who had disputed the election results.

However, Katinan denied the charges.

The ex-minister was arrested on August 24, 2012 at the Kotoka International Airport in Accra while returning from South Africa following a request from the Ivorian Government for him to be extradited to face trial on the robbery charges.

Mr Katinan holds a refugee card from the Ghana Refugee Board which is also recognised by the UNHCR.

He commended Ghana for demonstrating high democratic credentials, indicating that the country had a good history of heritage being transferred from Dr Kwame Nkrumah, the first President of the country to the people.

"I am a free man now, l will dedicate my life now to follow the freedom of former President Laurent Gbagbo," he added.